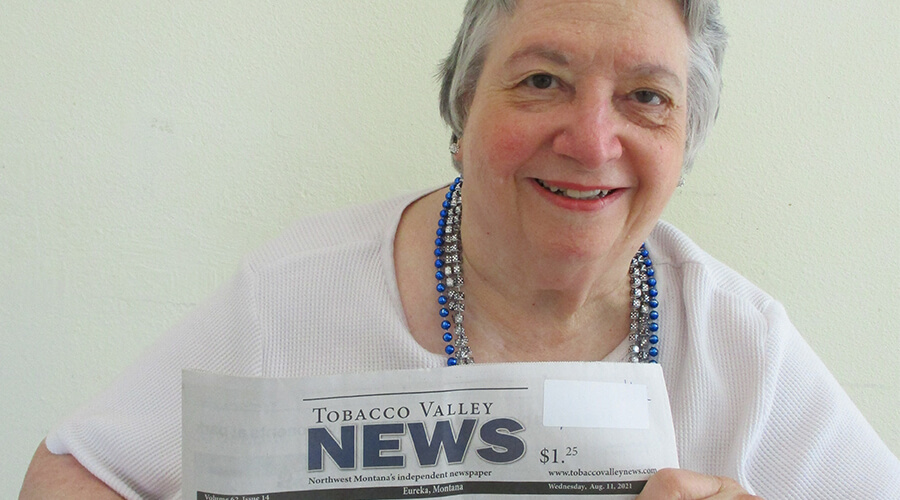 “It was a pretty dangerous situation,” Society administrator Dan Demmerly says about the incident on Aug. 10.

Dan says a spark from a transformer on a power pole landed in tall grass near the skilled care center, home to 36 residents.

“You can actually see the trail from where it started from that power pole. When it hit the tallgrass, it took off from there,” Dan says.

As the fire got closer to the location, surrounded by mountains and forests, it began threatening several large propane tanks on the south side of the building.

Resident Annette Newman remembers a neighbor saying, “If it blows, we won’t have to worry about it. We’ll be dead.”

Annette, who lives in the 200 hall, was evacuated with the other residents to a safer part of the center, away from the fire.

“God bless our staff. They saved the day,” Annette says.

While local firefighters were on their way, Society kitchen, nursing and maintenance staff grabbed fire extinguishers and water and got in between the fire and the tanks.

“It was just like the movies. When you watch TV, where they have a line, and people are getting water to put it out. They pretty much had everything out before the fire department came. At least around the tanks,” Annette says.

A resident here for 23 years, she says the staff’s heroics are not surprising.

Dan says he’s proud of his team for remaining calm and remembering their training. Staff went through eight fire extinguishers during the process.

Administrator has experience with fires

Grass fires and wildfires are nothing new to the community.

“We deal with it pretty much every summer,” Dan says.

Back in 2017, Dan actually lost his home in a forest fire.

“I know all about fires and how they can be,” Dan says.

It was something he was thinking about as thick, white smoke surrounded their Society location this August.

“If I was honest with myself, in the back of my mind that was there,” Dan says.

Because of the staff and eventually local firefighters, this fire didn’t have a chance to cause a lot of damage.

No time for popcorn

Annette says when the professionals showed up, she and her fellow residents enjoyed freeze pops while firefighters extinguished the final flames.

She says they “sat there and ate our popsicles while watching the fire.”

Dan says the frozen treat was ideal under the circumstances.

“We didn’t have time to make popcorn,” Dan says.