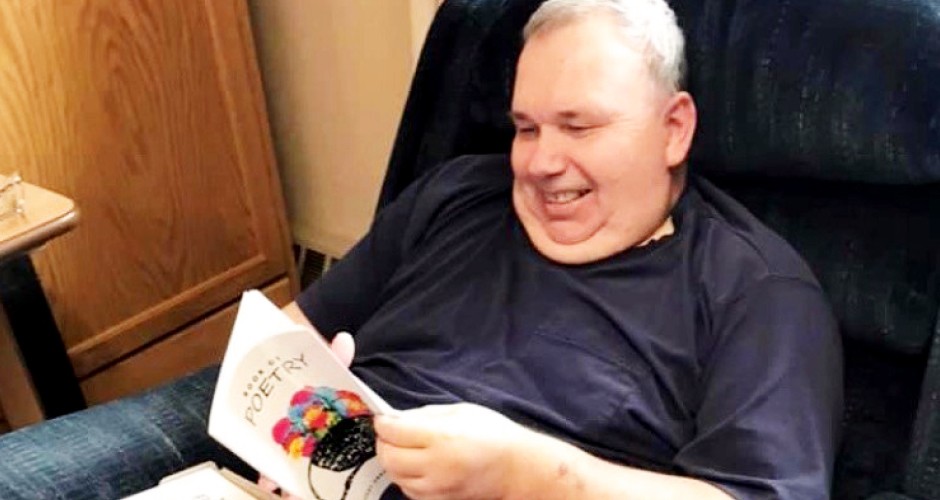 Throughout the pandemic, staff at Good Samaritan communities have demonstrated dedication, commitment, sacrifice and courage.

It is a part of every working day under present circumstances.

To that, however, you can add an outside-the-box level of kindness in regard to Mary Lee, a nurse at Good Samaritan – De Smet in De Smet, South Dakota.

This is the story:

Mary knows just about everyone at the center. During coffee, she would listen to Jerry Abrahamson read some of his poetry. He would often mention to those around him that he’d like to publish a book of these poems.

Jerry had his naysayers on that count, but Mary was not one of them. She took time to tell him she thought they could find a way to figure this out. She had no background in this kind of thing but there had to be a way to get this accomplished.

“He’s an emotional guy,” Mary says. “He cried when I said I thought I’d be able to help him. He said, ‘I’ve been wanting to do this for years and nobody’s been able to help me.’”

A little about Mary:

She started as a nurse with the Good Samaritan in Howard, South Dakota, and has since moved on to De Smet. And reaching out to residents in a way that goes beyond official job descriptions is not unusual at all.

“Mary is an exceptionally caring nurse,” says Mia Gehm, the director of nursing at the De Smet center. “She’s quick to pick up on subtle changes with the residents. She’ll go above and beyond. We have a few of our ladies who have not been able to see a hairdresser because of COVID and she’s figured out a way to fit time into her day to curl hair just to make them feel better.”

So as unique as it might sound, it wasn’t out of character at all for Mary to want to investigate ways to get the resident’s book of poems published.

She started her investigation on the internet, then contacted a person who had actually written a book with one of the community’s other residents.

That put Mary in touch with a company in Brookings, South Dakota. She then made a few phone calls and they were on their way. It wasn’t automatic – there were several steps involved in converting hand-written poems to an actual book filled with them – but eventually they got it done.

Mary had solicited donors, coordinated the publishing process and delivered a finished product complete with a cover Jerry designed.

That is what you call a good day’s work.

“It has meant the world to Jerry that somebody took the time to help him realize his dream,” Mia says. “It’s given him such a sense of accomplishment to be able to see people buying his book.”

They are still for sale, by the way. For $10 you can have your own by contacting the staff at Good Samaritan – De Smet.

Mary has seen the difficulties her colleagues endure during the pandemic. Even more difficult than the challenges confronting the staff is seeing how the residents are not able to be around the ones they love to the extent they’re used to.

There are bright spots, too, however. Mary’s efforts to help out a resident demonstrate that.

“We’ve had staff buy some of the books who didn’t really know Jerry,” Mary says. “It’s all been rewarding. I told him ‘I feel like I know you better than I did before I read these poems.’ It’s been a fun project and I feel good about helping him do something he really wanted to do.”