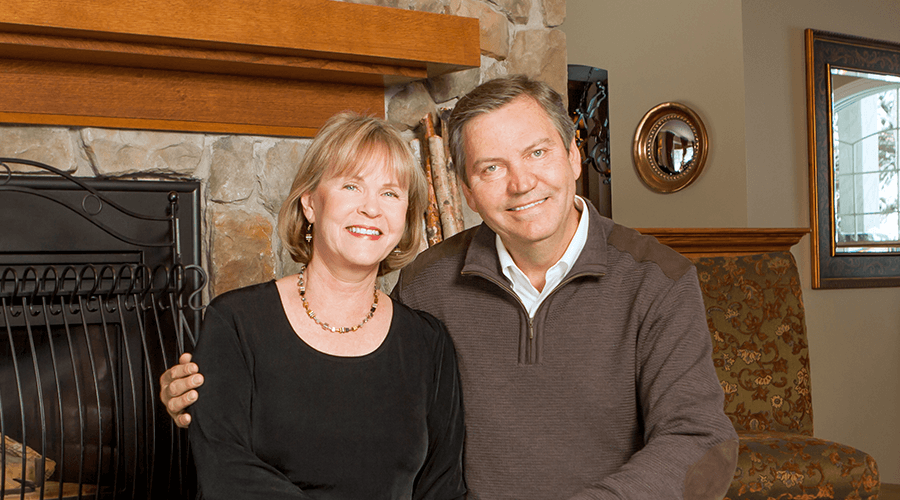 After 20 years of service, Foundation board member leaves enduring legacy

Over the past two decades, Tom Van Wyhe has dedicated countless hours to changing lives through philanthropy.

From his seat on the boards of directors for the Sanford Health Foundation in Sioux Falls, South Dakota, from 2005 to 2014, and then the Good Samaritan Foundation, from 2014 to 2021, Tom has shown steady leadership through years of historic change for both organizations, which affiliated in 2019.

While Tom formally stepped down this year, his legacy endures.

An engineer by trade, Tom built a successful career as an executive at Trane Company, a manufacturer of commercial heating, ventilating and air conditioning systems. He held various civic positions in his community, but it was a life-changing day in 2002 that led him to philanthropy.

In February of that year, Tom lost his first wife, Patricia, in a tragic car accident. She was just 51, preparing to retire as director of surgical services at Sioux Valley Hospital, now Sanford Health.

“It was the biggest loss of my life,” Tom says. “Life turned upside down.”

Seeking a lasting way to honor her life, Tom started an endowment through the health system’s Foundation to create the Patricia K. Van Wyhe Nurse of the Year Award. It remains one of the longest-standing awards at Sanford Health.

“Once that gift was decided on, and I saw it in action, and I saw the endowment continue to grow and award recipients every year…it was really inspirational,” says Tom.

Years later, Tom was invited to join the Foundation’s board of directors, a volunteer board that oversees philanthropic investments, helps build connections in the community and more. Tom accepted, seeing an opportunity to do more good.

He took his seat on the board just before philanthropist Denny Sanford made a historic $400 million gift to the health system. Tom often jokes that he was a good luck charm that led to the Foundation’s largest gift ever.

“In fact, every board member took credit,” he laughs. “That was the transformational gift that started everything changing from Sioux Valley to Sanford Health.”

During his time on the board, Tom also married Crystal Petersen Van Wyhe. Crystal shared Tom’s passion for giving back, and together, the couple co-chaired the Foundation’s $10 million fundraising campaign to build an inpatient hospice home in Sioux Falls.

“It was a life-changing experience,” Tom says of the three-year endeavor.

Through the time and generosity of the Van Wyhes and many others, Ava’s House opened its doors in 2017.

“Tom has a beautiful way of bringing people together to achieve amazing success and have a lot of fun while doing it,” says Amy Bruns, a former member of the Sanford Health Foundation staff who worked closely with Tom. “He is incredibly driven and yet at the heart of everything he does is relationships.”

The right place at the right time

Tom’s experience with Sanford Health proved fortuitous when he later joined the board of the Good Samaritan Foundation. He was at the right place at the right time as the organization moved toward affiliation with Sanford.

“Of course, I joined the Good Sam board not knowing that later it would be merging with Sanford,” Tom says. “Then all of a sudden, I was back working with all the people I’d been working with forever!”

Tom chaired the board through the transition, providing stability and assurance for fellow board members, donors and staff from across the country, who weren’t yet familiar with the Sioux Falls-based health system.

“That [experience] gave him a unique vantage point to play a leadership role in the transition,” says Marge Hegge, present chair of the Good Samaritan Foundation’s board of directors. “He was steady, calm and optimistic, which was a catalyst for productive partnerships to emerge.”

After 20 consecutive years serving two Foundations that now share one mission, Tom says it feels like the right time to step aside. He looks back with gratitude and feels the Foundations are positioned for an impactful future.

“Being able to be a part of it, to contribute and share experiences, passion, time…I’ve been given the experiences of many lifetimes,” he says. “That is very special to me.”

“I’ll continue to serve on other boards that I’m currently with and will continue to work with my church, First United Methodist. If another phone call comes in someday, we’ll figure it out from there,” Tom says with a smile.

“I’m always thankful and I never take anything for granted. You always get way more back than what you give.”

There are many ways to give back through the Good Samaritan Foundation! 100% of every gift stays local to support residents and staff at the Society community of your choice.