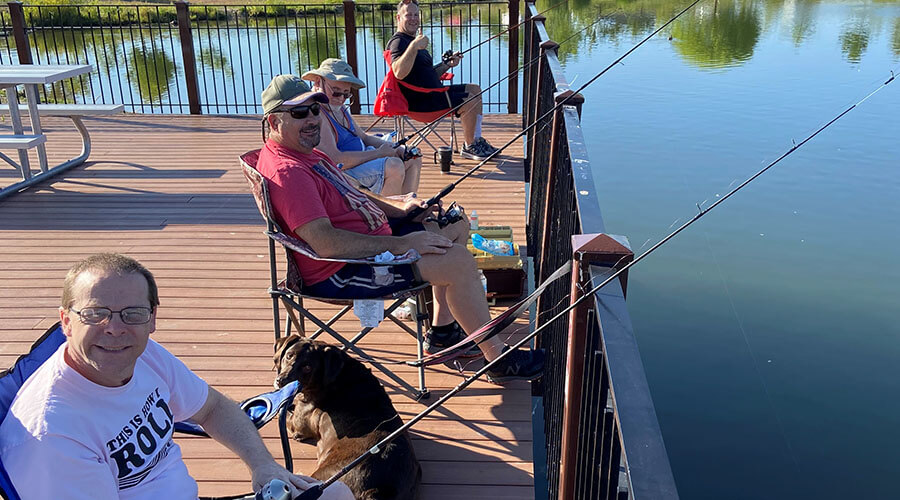 “Some are fairly independent. Some of them have a lot of needs,” Paul Fauth, the home-and-community-based services administrator in Boise, says.

Paul says the program, started in 1999, currently takes care of 21 people thanks to funding from Idaho Medicaid. That’s up from 15 people six years ago.

While all the participants pay their own rent in one of seven homes, those places are staffed 24/7 with Society employees. These staff members can assist with cooking, medications, shopping, finances and more.

“One individual came to us. He had a heart attack and got his brain injury because he was without oxygen for a while. Prior to that, he had been living on the streets for about seven to eight years and had a lot of health issues. Now, he’s living in his own home doing really good,” Paul says.

The Society works with the local housing authority to find affordable places to live for the participants. Paul says it means a lot to have a positive impact on those struggling to get by because of TBI.

His team of 45 caregivers and support staff encourages each participant to be as independent as possible. Consistent attention recently paid off for a woman in their care.

“When she came to us, she was in a wheelchair unable to do a lot of her needs. Now she’s almost totally independent. She’s walking around the neighborhood. She hasn’t used her wheelchair in years,” Paul says.

A majority of the participants have TBI from motor vehicle accidents.

“It’s basically caused by a severe blow to the head causing brain damage. Sometimes their brains don’t function. We have a lot of people that are unable to drive, hold down a job anymore or can’t administer their own medication,” Paul says.

According to the CDC, TBI symptoms usually fall into four categories: thinking/remembering, physical, emotional/mood and sleep.

Because of the Society, those symptoms aren’t stopping participants from getting out into the community.

“Fishing, camping, sporting events, movies, you name it. Bowling. We try to keep them as active as possible,” Paul says.

He says the Society’s health care heroes deserve a lot of credit. Many have been serving participants through Good Samaritan Society for a long time.

“We have a lot of staff who’ve been there for years. They’ve developed almost a family-like structure within our program,” Paul says.

He hopes specialty programs like this can pop up across Idaho and throughout the country.

“Unfortunately, it’s only specific to Boise-area. Right now, we’ve got 21 participants and we could easily double that in a couple months. The demand is huge. It’s an underserved population,” Paul says.

While this program is specific to home-and-community-based services in Boise, each of the Society’s locations in 24 states has resources to help people with TBI. Find a location near you at good-sam.com.