Nearly a century of faith, compassion and outreach

In the early 1920s, the Reverend August “Dad” Hoeger worked as a parish pastor in North Dakota. At the time, a fellow minister was raising money to help a young boy with polio. His fundraising exceeded its goal by $2,000. The Rev. Hoeger suggested the extra money be used to help people with disabilities.

As a result, The Evangelical Lutheran Good Samaritan Society was incorporated under North Dakota law on Sept. 29, 1922. It was founded as a religious, charitable and not-for-profit corporation. 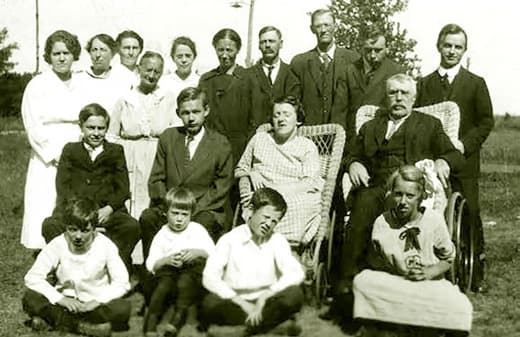 In Luke 10:38-42, we find the story of Mary and Martha. The Rev. Greg Wilcox reminds us that our founder, Dad Hoeger was a bit of each of those characters: both a student of God and a hard worker who set out to accomplish great deeds.

Watch now: Reflections on the life of our founder

Learn more about the legacy of the Rev. Hoeger

The first Good Samaritan Society center opened in a rented six-room house in Arthur, North Dakota, in March 1923. It was commonly referred to as The Arthur House.

Watch now: Learn more about the founding of The Arthur House.

Though it was founded as a center for those with physical and mental disabilities, the Society soon found it needed to expand its services. Shortly after the home opened, an elderly man on crutches came to the Rev. Hoeger and asked to be admitted. It was later discovered that he didn’t need crutches but had pretended so he would have a place to stay.

This incident demonstrated to the Rev. Hoeger and others the need for services for the elderly, in addition to those with disabilities.

Watch the video to learn more about The Arthur House. 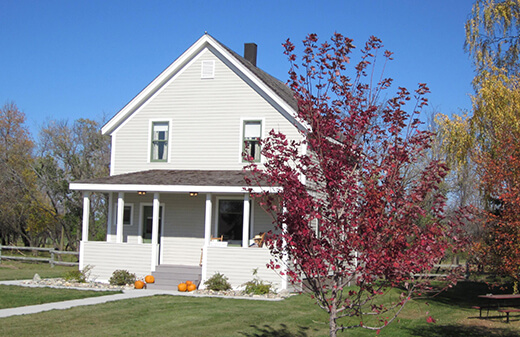 The Arthur House was the first Good Samaritan Society center where residents lived with the help of caregiving staff. It was a little house that needed an enormous amount of work. Water was always in short supply, and the house was unadorned. The Arthur House was a difficult place to live and work, but with faith and acts of compassion and kindness, we sought to spread God’s love in Christ.

The Arthur House, with its odd assortment of strangers, became a home. Although the Good Samaritan Society soon outgrew the house, what happened there almost a century ago continues to profoundly influence our organization. In 2008, we bought the house and moved it from its original location across town to our Arthur campus. You can visit the house behind the basic care center and next to its prayer garden.

While the Great Depression provided the Society with some growth opportunities, it created serious financial challenges. By 1940, these difficulties prompted the Society's Board of Directors to split the organization into two bodies:

The Rev. Hoeger and a few loyal co-workers set about rebuilding the organization. By 1952, the Society was serving seven states with 32 centers. As communities sought services for seniors and others in need, the Society's growth continued. 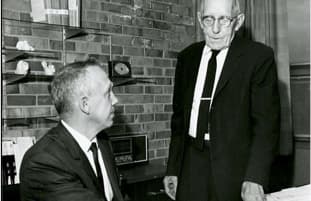 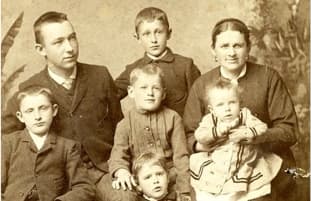 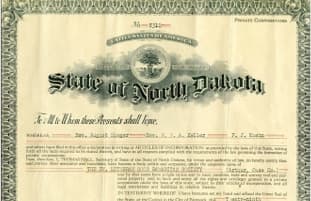 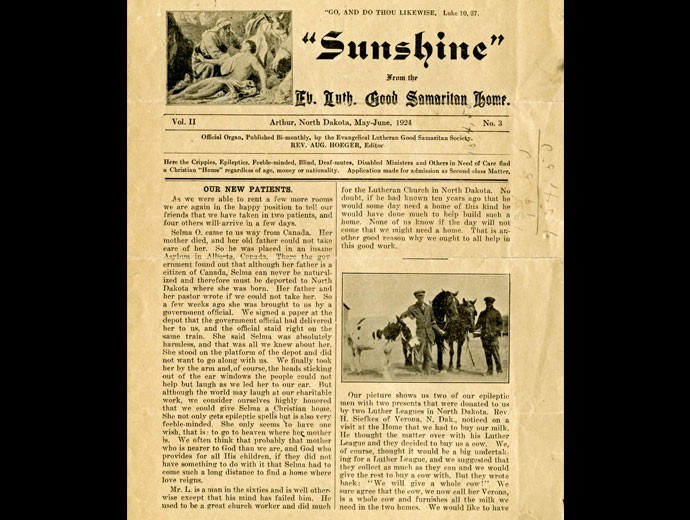 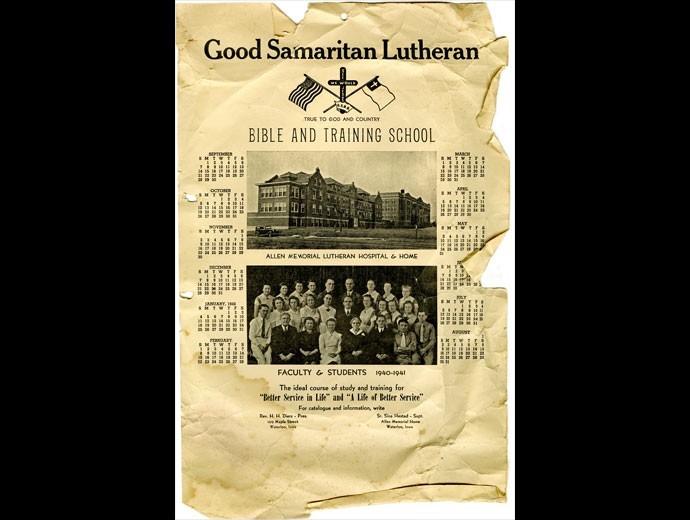 A calendar from the Good Samaritan Lutheran Bible and Training School (1940-1941).

Leading the way to the future

We’re continually evolving to meet the needs of the residents, team members and communities we serve. We were excited about the chance to better serve our communities in 2019 when a new opportunity arose.

That year, The Evangelical Lutheran Good Samaritan Society officially combined with Sanford Health. Sanford Health is one of the largest rural health care systems in the nation.

As a combined organization, we now employ nearly 50,000 people and offer health services in 26 states spanning the continuum of life, including: 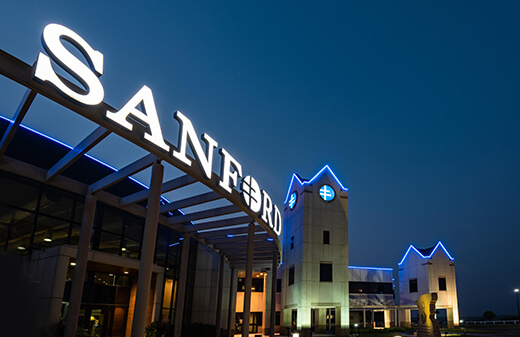 Serving through our mission

Since the first days of our organization’s founding, we’ve lived a simple mission: In Christ’s Love, Everyone Is Someone.

This mission is our focus, both close to home and through Society-sponsored projects in other countries. We encourage our locations to reach out and help meet the needs of their communities and beyond.

Every location across the country finds unique ways to help the people they serve feel loved, valued and at peace. We seek to make Christ’s love seen, known and believed.

These materials are available to the Society’s employees and the public online and physically through requests.

The archives collect a variety of historical materials, including:

On the 90th anniversary of our founding, we filmed a video series outlining our history and the people whose influence still impacts our organization today. Watch now. 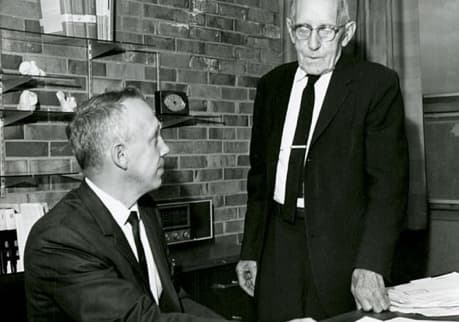 We want to hear from you. Contact us to learn more about The Arthur House and our archives or share a story or significant piece of history with the Society.
Contact Us