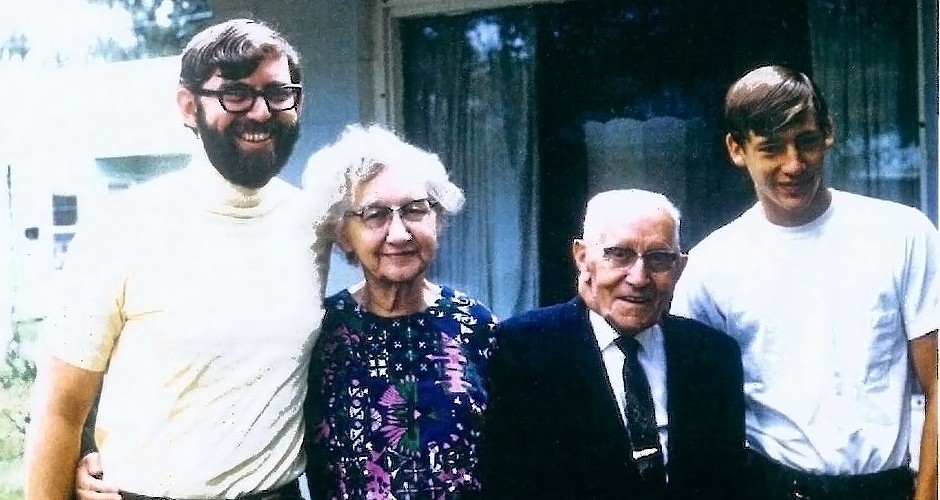 It’s not always easy to sum up a 32-year career, but for Greg Wilcox, who’s retiring from his role as vice president of mission integration and senior pastor for the Good Samaritan Society, there’s a deep sense of thankfulness.

“Really the overriding and overwhelming emotion and feeling I have these days is gratitude,” says Greg. “I thank God for the time I had here and for the people.”

Some of his fondest memories are of the thousands of workshops and retreats he helped facilitate for frontline staff and administrators.

He enjoyed traveling to the various Society locations around the country, sometimes with his wife or some of his four children in tow. One of his greatest joys was helping provide inspiration and resources to those who live and work in Society locations so they could experience God's love.

Greg often stopped to visit with residents in the halls. He appreciated catching glimpses of their lives as they shared their joys or struggles with him.

Through the years, Greg had many conversations with staff members who approached him after a workshop. He recounts those times as precious moments.

"It always struck me as a privilege to be able to listen to people and for them to trust me to do that. With their permission, I could pray with them. That was a source of comfort and hope and seemed to be helpful for them.” – Rev. Greg Wilcox, vice president of mission integration and senior pastor.

Although he loved being on the road, Greg was also thankful for his co-workers at National Campus.

Leadership transitions at the Society are also key moments that stick out in Greg’s mind. He had the opportunity to work under John and Augie Hoeger, Mark Jerstad, Judy Ryan, Dave Horazdovsky and Randy Bury.

Greg’s roots with the Society start at birth. He is a grandson of founder Rev. August “Dad” Hoeger who began the organization on Sept. 29, 1922.

He remembers spending time with them and the rest of the Hoeger family at reunions in Colorado and Northern Minnesota.

In 1969, when Greg was a teenager, his first job was at Good Samaritan Society – Hastings Village, where he worked with the maintenance crew. It was there that he spent more time with his grandparents, who lived there in later years.

When Greg’s parents went to Nepal to serve as missionaries, Greg had to decide whether to go to a boarding school in Pakistan or move to Sioux Falls and live with his uncle Augie Hoeger and his family. Greg says the decision was easy since Augie was a favorite uncle. He chose to finish high school in Sioux Falls.

Getting started in ministry

While attending Lincoln High School and Augustana University, Greg worked as a CNA for the Society at Sioux Falls Center and Sioux Falls Village. The experiences from those jobs would end up preparing him for his future career. During later years, he used many stories from his time as a CNA to relate to others.

Greg received his Master of Divinity degree and Doctor of Ministry degree from Luther Seminary in St. Paul, Minnesota, and was ordained as a Lutheran pastor in 1983. He then served a parish in Hendrum, Minnesota, for five years before receiving a call from his uncles Augie and John about a role at the Society.

Frank Wilcox was retiring from the Society and they asked if Greg was interested in following in his father’s footsteps as director of spiritual ministries.

Greg was honored and excited to help locations weave their faith into resident care.

Greg developed the Good Samaritan Society’s curriculum for lay ministry, the STAR Program and its culture change movement, Christian Communities of Care. Throughout his time with the Society, he led retreats, seminars and workshops on spirituality and aging, including the Aging Faithfully conference.

He also played an integral role in the Society’s Project Outreach program, leading mission trips to Bangladesh, Zimbabwe and Colombia.

After retirement, Greg plans to lead more mission trips to Colombia and be involved in the Aging Faithfully conference in 2021. He’s also been asked to be part of the Society’s 100th anniversary committee in preparation for the special celebration in 2022.

Greg plans on taking a little time off for travel, but he doesn’t see himself sitting still for long. He’ll continue to wake early in the morning for exercise, prayer and Bible study – even if it’s not quite as early as before.

The man of deep faith hopes to do interim ministry work, possibly close to his cabin in Minnesota.

“The idea of working at a church and coming home to the cabin to fish, swim, boat and sit on the shore has some appeal,” he says.

He and his wife plan to keep their home in Sioux Falls for awhile. When she retires, they’ll be even more involved in the activities of their children and grandchildren.

“Even though I have mixed emotions, I’ve not questioned that this is the right time,” he says. “I have a deep sense of peace.”

Greg’s humble nature doesn’t let on the fact that his legacy has shaped the lives of thousands of residents and staff members, but the profound impact he’s made will last long after he’s retired.

“As I reflect, being a part of the ministry has been a tremendous blessing,” says Greg. “I’m really grateful for this organization and the people.”

The Good Samaritan Society is dedicated to sharing God’s love through the work of health, healing and comfort.