Post-acute rehabilitation: In recovery, attitude is everything [video] 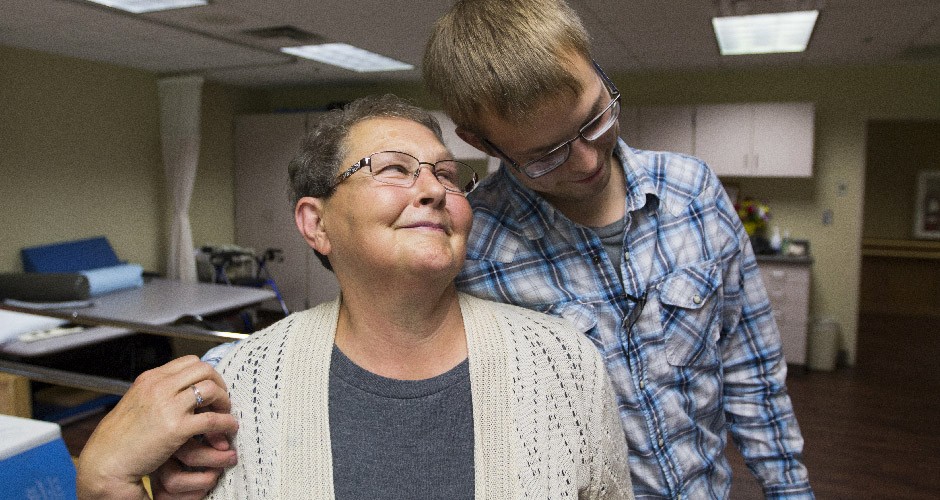 Dianne Karlstad has had plenty of reasons to give up on her own health over the past year.

She was diagnosed with Parkinson’s disease. Dianne kept going.

Then there was a risky back surgery to relieve chronic pain. She recovered.

The final straw could have been a runaway lawnmower that backed Dianne into a tree and not only broke her leg, but burned it as well. Still, she persisted.

Each time her health tried to knock her down, it was Dianne’s positive attitude that got her back up.

And each time she was ready to stand again, Dianne chose rehabilitation therapy from Good Samaritan Society – Mary Jane Brown in Luverne, Minnesota, to help.

Dianne’s goal was always the same. She was determined to get back home.

“I challenged physical therapy — things that they didn't think that I would do,“ Dianne says. “I challenged myself because I wanted to improve myself, and they had to sometimes say, 'Diane, you have to back off a little bit.’”

What to expect in therapy

Physical therapy assistant Troy Grassel has helped her through it all. “There's some people that are like, ‘OK, I want hard,’” Troy says. “Dianne was one of those people. ‘I want you to put me through the paces. I want you to get me as strong as possible to get me back home.’”

I would say that the Good Samaritan Society is one of the greatest places that I have ever been a part of." – Dianne Karlstad, post-acute rehabilitation services client

Just how hard did Troy and his team push Dianne? After fully recovering from her back surgery, Dianne wanted a test that would prove she was ready to go home. The testing ground? A grassy hill right behind Mary Jane Brown. With a gait belt around her for safety, Troy and his team took Dianne up the hill and had her walk back down, “so that I could know that I could go home and do what I needed to do,” Dianne says. “I challenged them, and they challenged me.”

“There are some pretty high-level things that we do,” Troy says of his work with rehabilitation clients. “If you don't have that trust or compassion and you don't believe in them getting better, they're not going to progress.”

Dianne has had other options for where she could go to recover, but the place she trusts with her rehabilitation is always the same.

“I chose the Good Samaritan Society because I know the care people get here,” Dianne says. “(I) chose here because of the caring people that I see here and the care that Good Samaritan gives to their patients and their residents.”

Recovering from an injury, illness or hospitalization? We can help.