Sisters with a connection to the Society 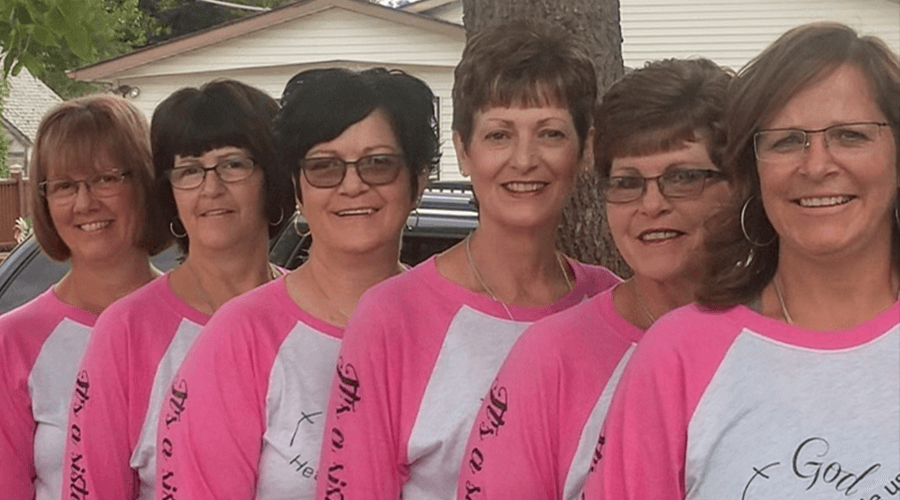 Growing up in the small town of Albion, Nebraska, Shari Buettner never imagined working in a nursing home. After high school, she moved to Lincoln, Nebraska, for a one-year college program but soon decided city life wasn’t for her.

When she moved back to Albion and applied and started as a nurse aid at Good Samaritan Society – Albion, she joined her five sisters – Kelly, Jill, Jana, Lori and Lisa – who were all employees there.

She worked with three of them in the nursing department. Two sisters were still in high school and worked in the kitchen.

“We always enjoyed working together,” says Shari. “It was just something special when all six of us were here at one time.”

Eventually, her sisters moved on to different careers. Two became LPNs, two went to work at the local hospital and one became a daycare provider. Shari stayed with the Society and moved to the housekeeping department where she worked as an aid and then became the housekeeping supervisor.

She feels like one of the best parts of her job is getting to know the residents as she cleans their rooms. She likes being able to put a smile on their faces as she says hello to them in the morning.

Her relationships with residents and co-workers have been a big reason why she’s continued in her role for over three decades.

“I love the residents. It’s so nice when they call you by name. When you’ve been gone, they ask where you’ve been,” says Shari.

Because her job involves a lot of physical labor, Shari decided to reduce her hours after having shoulder and knee surgery. She works part-time, putting in two 10-hour shifts a week.

Her daily routine includes arriving by 4 a.m. She washes wheelchairs – usually two a day – and then checks email and takes care of any other computer work. When her staff members arrive, they check in with her to find out what’s new for the day. Shari then gets her cart ready and sets out to clean, spending the rest of her shift doing whatever needs to be done.

When a resident moves in or passes away, Shari and her team are there to help. They clean every area of the nursing home and the cottage apartments on campus.

Shari says the pandemic made it more difficult to find staff members, but she perseveres in leading her team to serve residents with joy and love.

“I still enjoy it. I can’t quit completely,” Shari states.

She gives her parents credit for the strong work ethic she and her sisters have.

This worth ethic brought them to the Good Samaritan Society and keeps Shari there today. Although the sisters haven’t worked together for years, they are close. Each year for the past several years, they’ve taken a trip together.

“We always have T-shirts made and get compliments on our shirts,” says Shari. “We have so much fun.”