The Button Box reminds us of the importance of memories 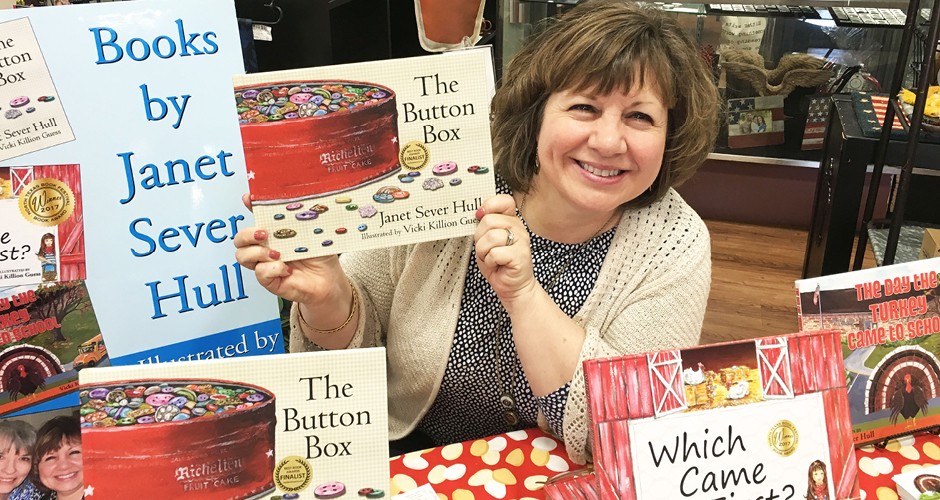 Janet Sever Hull, author of The Button Box, and director of senior living at Good Samaritan Society – Lake Forest Village in Denton, Texas, knows firsthand the magic of a button box and the memories associated with it.

As a child, it was a fun ritual for her and her mother to sift through and talk about the hundreds of buttons inside her mother’s button box.

Her story about the button box became a book in 2014. Janet first wrote about the special tradition in 1999 and entered the story in a literary contest a few years later. It ended up being printed in her local newspaper on Christmas Day 2001 and garnered a lot of attention.

Janet originally wrote The Button Box as a children’s book, but it’s now become a book for all ages. The book tells of the importance of traditions and memories.

She says most families have items that memories are attached to — whether it’s a button box, a cookie jar, a Christmas ornament or another item.

“Everybody has something in their life and in their memories that is really special to them,” says Janet.

Importance of reminiscing for seniors

At Lake Forest Village, Janet and the senior living team help residents reminisce and find enjoyment in their daily lives.

“When you think back about memories and the positive feelings associated with them, it’s good for mental health and friendship,” she says. “It makes you feel happier.”

Before the pandemic, Janet read The Button Box to a group of women residents. She had each woman bring her own button box and talk about it around the circle.

“Oh my goodness, it was so much fun. They would show their button box to everyone and talk about buttons and memories,” says Janet. “I think reminiscing is important to seniors, which is why I think my book has struck a chord with this demographic.”

Because COVID-19 has prevented residents from socializing in person at Lake Forest Village, Janet is now doing a virtual reading and discussion of The Button Box.

And Life Enrichment Coordinator Callie Sawyer is keeping residents engaged with unique and educational programming on Lake Forest Village’s TV channel. She has played tours of state and national parks and tours of museums from around the world, as well as a tour of the international space station. She also shows concerts, TED talks and themed content each week and a message from Lake Forest Village Executive Director Freddie Martinez each Monday.

“They’re loving it, and many are planning their days around it,” says Janet. “It’s become very important during this time when people are tending to pull in, stay home and stay safe.”

You’ll discover meaning and purpose when you move to the Good Samaritan Society.

Find a location near you.

Learn more about The Button Box and Janet Sever Hull’s other books at janetseverhull.com.