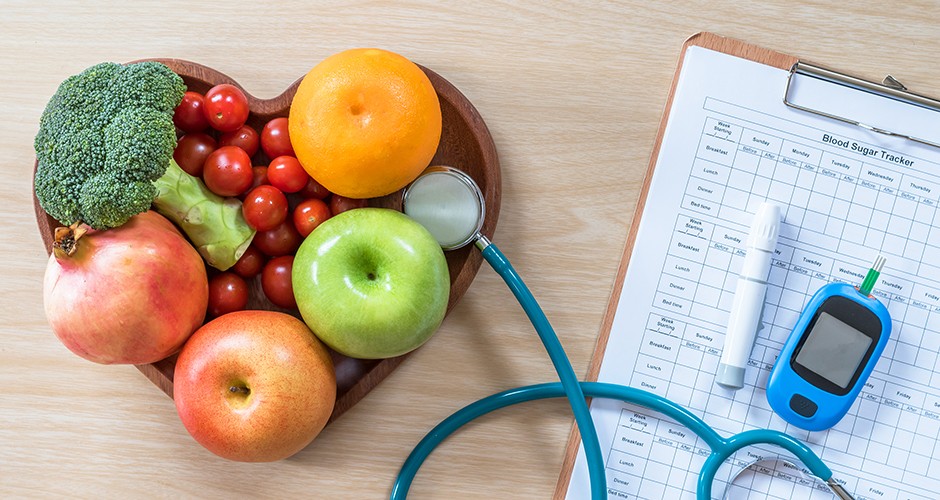 In his early 60s, Bob Cope was diagnosed with type 2 diabetes. An asthma attack had sent him to the hospital and, while there, a doctor informed him he had diabetes.

In thinking back, he said he had experienced diabetic symptoms that were affecting his health. He felt weak at times, especially in his legs — almost like he couldn’t remain standing. He was always thirsty and always felt the need to go to the bathroom.

His diagnosis was a major life change. Bob was living alone with no one to help him manage the disease.

"When I left the hospital, it was a learning process to figure out the routine of taking insulin," he says.

He was working as a sand and gravel truck driver and recalls twice having to pull off the road because he felt weak. He would check his blood sugar and get something to eat. Because he worried about passing out and causing an accident, he made the difficult decision to retire.

Fast forward a decade to 2013. Bob needed more assistance with activities of daily living, so he moved into Colonial Villa at Good Samaritan Society – Alma in Alma, Nebraska.

Today, at 80, Bob continues to manage his diabetes on his own, checking his blood sugar and giving himself shots four times a day.

He also has the support of nurses and nutritional services staff members at Colonial Villa, and appreciates the help he receives.

Bob has experienced neuropathy — weakness, numbness and pain from nerve damage, usually in the hands and feet — but he’s managed to keep his diabetes under control. His eyesight is still good, which can be a concern for those with diabetes.

He’s very consistent and on top of taking care of his diabetes. If he starts to not feel well, he lets the nursing staff know right away.” – Brenda Cook, activity director at Colonial Villa

If he has special meal or snack requests, nutritional services staff members work with Bob. They modify his diet if he doesn’t like a food or it makes him feel ill. They also monitor his nutritional and fluid intake. And they work closely with the dietitian to make sure various meal plans and snacks will work for him.

“If you don’t eat, you’re going to suffer,” says Bob. “If you have low blood sugar you pass out. You can’t overeat sweets. You can eat anything, but you can’t overdo it.”

Bob monitors his dessert intake closely. If he takes a piece of pie, he eats only a few bites.

He’s become so in tune with his body that he wakes up in the middle of the night to check his blood sugar if he isn’t feeling right.

He has supplies and orange juice in his room at all times in case his blood sugar drops.

He recently woke at 2 a.m. not feeling well. When he discovered his blood sugar was low, he pushed the alert button by his bed to let the nurses know. They came to help immediately.

Besides making sure his diet is in check, Bob stays physically active.

Colonial Villa has an outside area with a flower garden and bird feeders. There are also bird feeders around the building. And Bob likes to help.

In addition to pulling weeds and filling the bird feeders, Bob takes care of tomato plants each summer and sweeps off the birdseed that squirrels have scattered around the patio.

You have to walk if you want to walk. I walk the hallways here back and forth. I go outside and do things and keep active. Don’t just lay down and stay there.” – Bob Cope

Bob is intentional about keeping his mind sharp, too. He reads the newspaper each day to stay up to date on local and world events.

Brenda jokes that she doesn’t have to watch the morning news; she just talks to Bob to find out what’s going on.

Bob has two daughters, two sons and several grandchildren. During his career, he ran a TV store in his hometown of Kearney, Nebraska. His family lives in the area and he enjoys his visits with them.

He doesn’t let diabetes slow him down in any area of his life, including bantering with staff members.

“He stays pretty busy and has to give everybody a hard time,” says Brenda.

Do you or a loved one need assistance with daily activities?