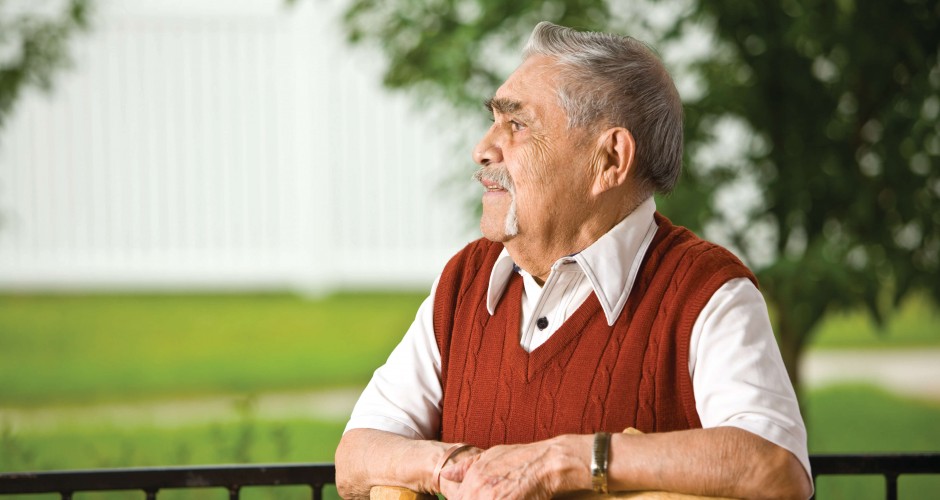 Have you experienced someone speaking to you more loudly and slowly than necessary? That person may have been using elderspeak, a term used to define when others speak to older adults in a simplified, childish way.

While many caregivers feel like speaking in a cheerful, simple way or using terms of endearment shows they care, many older adults are less than receptive to this manner of speech. Elderspeak often includes:

Elderspeak can impact an older person's well-being and sense of belonging.

“I think it gets at the heart of ageism when we talk about this different kind of discrimination,” says Julie Berndt, manager of talent management for Sanford Health. “Particularly when folks become frailer, our language can shift to a more childlike way instead of respecting the wisdom they have.”

Elderspeak reinforces misperceptions about age, especially around competency and independence. When the speaker uses childlike language, it assumes they have greater ability and knowledge than the listener.

How do you talk to someone who has Alzheimer’s?

“It conveys that sense that culturally, the older we get, the less able we are," she says. "When we treat people that way, it’s as though they’re not full members of our community."

Elderspeak also assumes that all older adults experience the same health challenges, such as hearing and memory loss, instead of recognizing each person’s individuality.

Studies have shown that even people with mild to moderate dementia react negatively to elderspeak, causing them to act aggressively and reducing their cooperation.

Particularly if someone has dementia, if you treat them like they have a diminished value, they can read into that. They know you’re not treating them with a sense of respect."  — Julie Berndt, Sanford Health talent management

According to Julie, showing respect for others can be as simple as inviting older adults into conversations. All it takes is recognizing that older adults deserve to be treated with the level of respect that comes from having a lifetime of experiences, stories and wisdom to share.

There are simple ways to turn elderspeak into more meaningful conversations. Instead of viewing others by what they can’t do, get to know them for who they are.

“If someone has dementia and they can’t tell you the story of their life, learn it from their family, and soon you’ll see what it means to know someone who lived a life as a leader, a mother or father, or as an individual with a wonderful story," says Julie.

Here are some conversation tips to help you avoid using elderspeak: