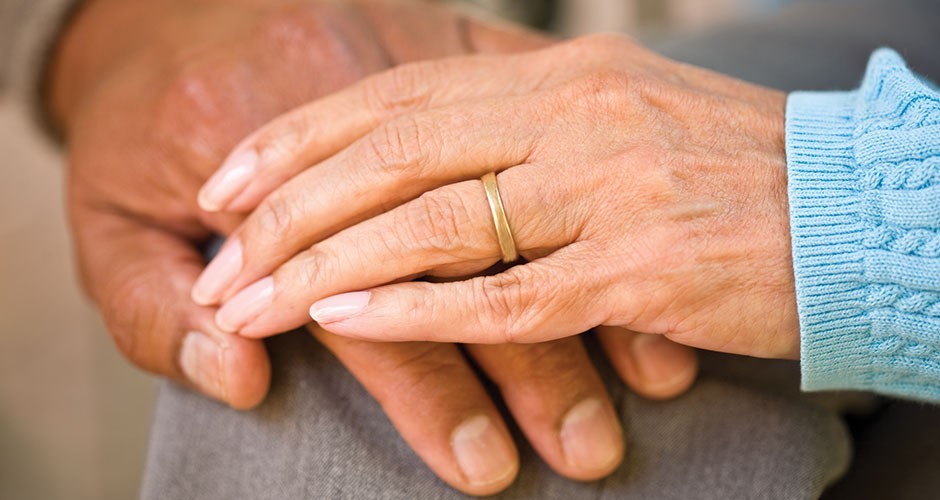 Two gifts from former residents of Good Samaritan locations in Prescott, Arizona, will make a difference in that community forever. Together, these donors added $950,000 to the Society’s endowed funds. Here are their stories.

Robert and Beatrice Trusler: A gift in gratitude

Robert “Bob” and Beatrice Trusler, married for 65 years, gave a gift that keeps giving: a $700,000 estate gift to the endowment for Good Samaritan – Marley House.

Not much is known about why they gave. Yet something about their experience with the Good Samaritan must have touched them. Both received care at Good Samaritan — Prescott Village. Beatrice used the hospice care at Marley House. The only clue may be their attendance at an estate planning seminar hosted by the Good Samaritan Foundation 13 years ago.

“During the seminar we talk a lot about how a good estate plan can create a legacy that gives added meaning to your life,” says Larry Raad, major and planned giving officer with the Foundation. “This happens often. The Society touches people's lives in a profound way and because they are grateful, they use their estates to write a wonderful last chapter in the book of their lives.”

The Truslers will live on through their gift. As an endowed fund, the gift will support respite and hospice care in the Prescott community, ensuring that the same care the Truslers received through the Good Samaritan will be available to others forever.

Marvin Bailey: A gift of love

“Everyone who works and lives at the Good Samaritan is an angel. I feel like I’m in heaven.”

According to donor engagement director Gretchen Gallagher, these are the first words Marvin Bailey spoke to her. A resident of Good Samaritan – Prescott Village for nearly four years, Marvin was battling cancer. But he didn’t want to talk about that. He wanted to talk about love.

“He told me about his love for Wava, her family, his neighbors, staff, volunteers and friends at the Village,” Gretchen says.

Wava and Marvin met a few years before, after Marvin’s wife, Evelyn, died. Wava was also widowed and a resident at Prescott Village. They became friends, and then something more.

Marvin and Wava found love. They shared a deep faith and love for friends and family. The relationship brought joy and peace, something neighbors and friends at Prescott Village noticed right away, according to Gretchen.

They reminded me of caterpillars turned into butterflies." – Gretchen Gallagher, donor engagement director

Then, the unthinkable happened: Marvin was diagnosed with cancer.

When Marvin was updating his estate plans, he discussed them with Wava.

“Neither Wava nor I knew that we both gave him the same advice: that he should give to organizations that touched his heart,” Gretchen says. A hospital in his hometown had been his top charity, but he realized he no longer had any connection to it. Prescott has become his home.

“He told me he realized that the Good Samaritan had given him more than he could ever give back: the gifts of acceptance, joy, courage, compassion, perseverance, love, friendships, and a family,” Gretchen says. “A true community.”

With Wava by his side, Marvin Bailey lost his battle with cancer on Oct. 30, 2017. His legacy will live on through his estate gift of $250,000 for the area of greatest need endowment, which benefits the Prescott Village community he so dearly loved.