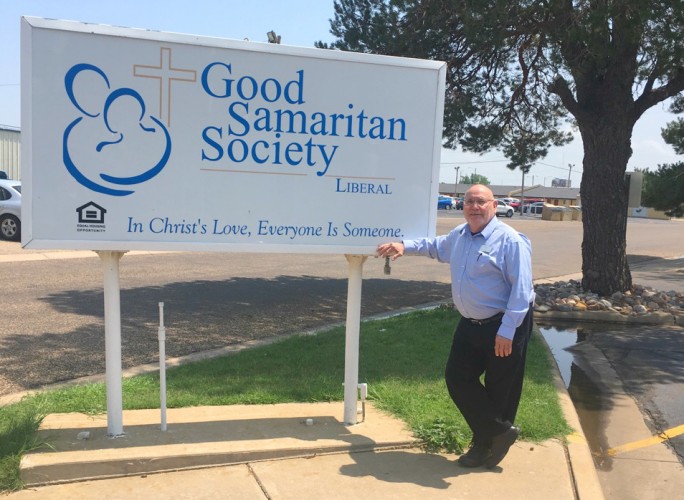 It only took Richard Parra six decades to find his calling.

At the time, he was 64 and had worked most of his life in retail. But he always felt a tug to do more. His wife suggested healthcare.

So he began working as a certified nursing assistant in a nursing home. Fifteen minutes after he walked into the building to start that first job, he knew he was where he was called to be.

I didn’t even look at age or retirement or anything. I was determined that I was going to do the best I could at it. I never looked back.” — Richard Parra, administrator at Good Samaritan Society – Liberal in Kansas

So while many baby boomers were planning their retirement, Richard was pondering his next move. His employer's CEO suggested he become a leader himself. He jumped at the chance, passing up a seat in nursing school and joining the Good Samaritan Society’s Administrator in Training (AIT) program.

Richard Parra knew he was missing something in his career. Hear him talk about discovering healthcare in his 60s.

“I wouldn't want to be anywhere else,” Richard says, laughing. “You are here for one reason, and that’s to take care of these residents.”

Richard takes a card from his retail playbook when it comes to senior care.

I make it a point to walk the halls and talk to all the residents and all the staff every day.” — Richard Parra

That dedication to serving residents and his team has helped him affect change, too.

“The connection (with staff) was instantaneous. We melded together — we became instant family. We’re always going up, up, up.”

In the video below, Richard talks about how he found his calling at the Good Samaritan Society.


LEARN MORE ABOUT BECOMING AN AIT

In addition, his center is nearly at full occupancy now. Richard attributes that to working with the community and local healthcare organizations.

And if you ask him, he’s just getting started.

"It doesn’t matter how old you are; if you have it in you to serve others, you will do it,” he says.