‘It’s where my heart is’ 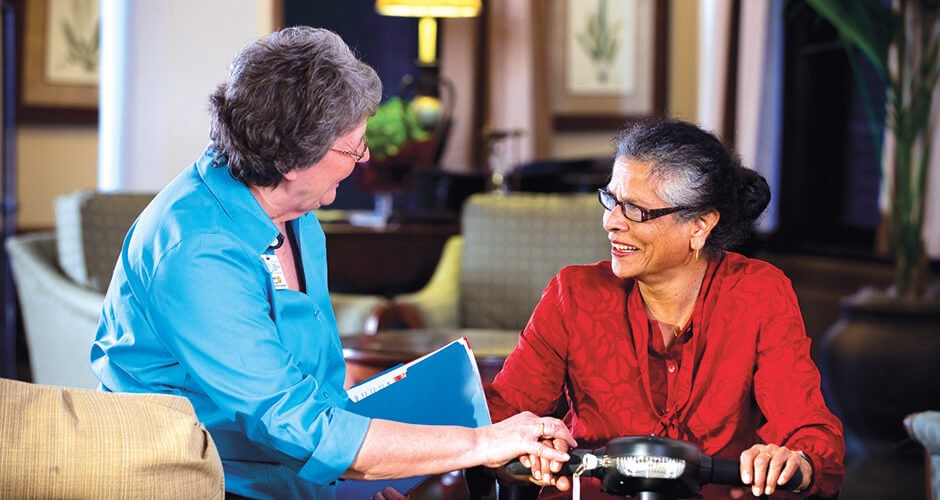 “When I went to work in a hospice setting, I realized that this is what I have been doing for forever,” says Lois "Muffy" Tonelli.

Muffy Tonelli started her nursing career in 1973. It wasn’t until four years ago that she found her true calling working at Good Samaritan Society – Hospice.

After working a few other jobs, Muffy decided to retire. During her morning prayers one day, Muffy heard God tell her to check her email. In her email was a job listing for a part-time case manager position at Good Samaritan Society – Hospice in Ottumwa. It was the first day the job was posted.

Muffy decided to take a chance and apply for the position. She loved that her interview began with prayer and that the Society is a faith-based organization. Muffy was later offered the job.

At the Society’s hospice location in Ottumwa, Muffy worked briefly as the location’s assistant administrator and is now the clinical manager.

“When a referral to hospice comes in, the patient and the patient’s family have a lot of questions,” says Muffy. “We strive to relieve their fears, listen to their wishes and desires and let them know we will be that support all throughout the process. We want to make whatever time they have left as good as it can be. That’s where I feel like I shine. Telling the story of hospice and what we can do for someone in their final days, that’s my favorite kind of day.”

Not one part of me that doubts why and how I am here. I argued with God at first, but I still ended up here. I have not been sorry for it. It’s where my heart is, working with patients.” – Muffy Tonelli, clinical manager

“Families just love her," says Brenda Anderson, Ottumwa hospice administrator. "Once they get to know her, they love her and ask about her all the time.”

One patient’s son, Phil LeGrande, says, “Muffy is the most wonderful, sweet woman you could ever meet. She touched our hearts. After talking with my mother, Naomi, about her wishes, Muffy and Mom formed a special bond.”

“Muffy is our everything. She is so kind and compassionate. She doesn’t see things with her eyes, but with her heart. We love having her here,” says case manager Linda Grinstead.

As many of Muffy’s co-workers say, “Muffy is hospice.” She doesn’t let anything stop her from doing what she loves – hospice care.

“I know I was called here. I didn’t realize until recently that what I have been doing was hospice all along; it was always part of my career. I’m so honored to work in hospice.”

Join us in a rewarding career serving others.