Coping with the loss of a spouse [video] 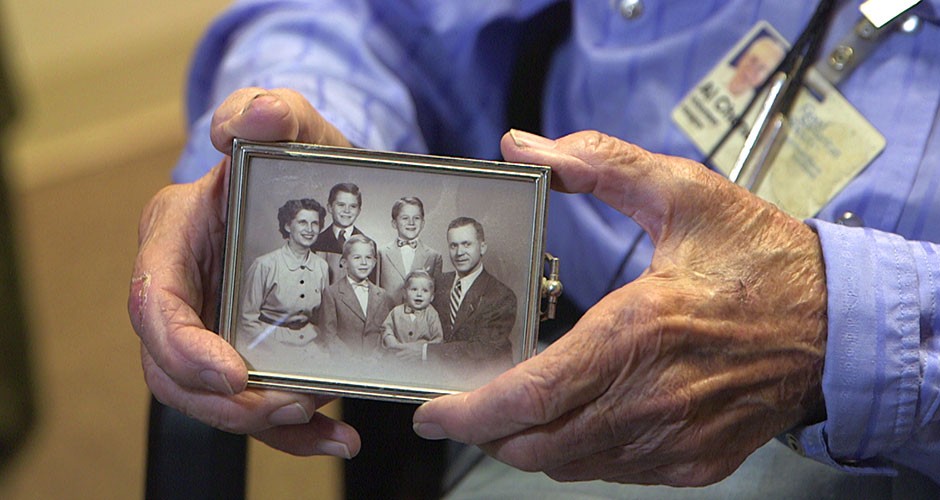 When Al Cheney's wife, Lillian, died, he says grieving was difficult for him.

Even though they had been married 66 years, he didn't cry. "I had been crying, I guess, for two, three years while her personality died with Alzheimer's," Al says.

Watch the video below to hear some of Al's wisdom on grieving.


What helped Al with his grief?

He says it's important to keep busy. Despite Alzheimer's disease, Lillian had developed close friends within their senior living community at Good Samaritan – Prescott Village.

After she died, Al continued to spend time with Lillian's friends and be a caregiver for them.

He says helping Lillian's friends was like therapy for him. "It got me through the bad part."

Losing a longtime spouse is difficult, but Al says try not to worry.

Do something. Something that you have been doing continually, or start something new to take up your time, at least for several months after your spouse has died." – Al Cheney, resident, Good Samaritan — Prescott Village

For Al, doing something means volunteering. "I get a kick out of it and that's why I'm a volunteer now," he says.

"I enjoy helping other people, even though I may not see the people I'm helping. At least I'm helping them indirectly. It's something that is better than pay. It's probably what keeps me going. I'm 98 and still breathing."

Lessons learned from Lillian over the last years of her life are still helping Al get over her death. "My wife cooked for the first 60 years of our 66-year marriage," he says. As her health declined and Al became her full-time caregiver, Lillian shared her skills with him.

"She couldn't stand in the kitchen anymore," he says. "So she taught me how to cook. I've been using our recipes. I found out I like to cook, so I've been cooking ever since."

Volunteering can help with the pain of loss and bring new meaning to life.