Volunteer brings a ‘ray of sunshine’ to residents [video] 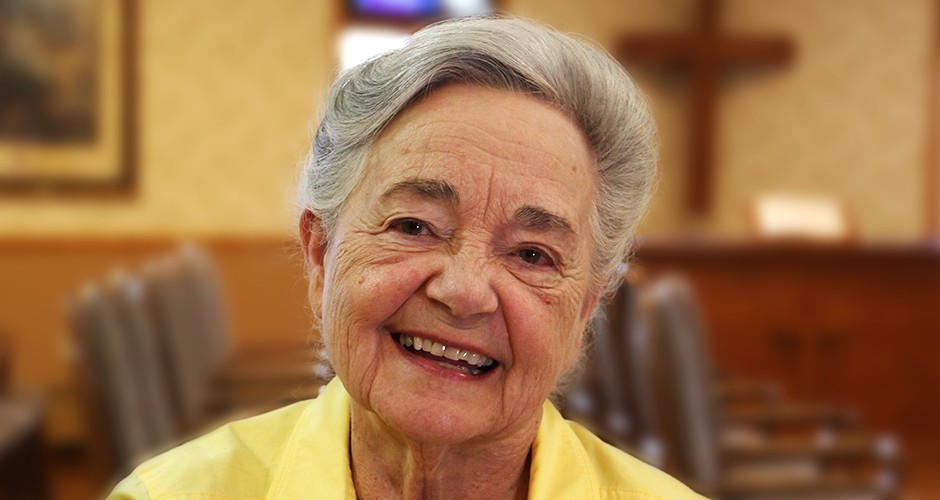 It was January of 1985 when Joann Kloos started visiting a blind friend at Good Samaritan Society – Ambassador in New Hope, Minnesota. The more time she spent at the center, the closer she grew to the other residents and staff there, until they finally asked her to formally become a volunteer. “I did and I loved it,” Joann says.

I love this place. I love what they're doing for the residents. I try to bring a little ray of sunshine when I come.” – Joann Kloos, Good Samaritan Society – Ambassador volunteer

Thirty-five years later, Joann still volunteers every week and now serves on the center’s advisory board as well.

Over the years, Joann has helped residents with crafts, cooking classes, dining and outings around town. But it’s spending one-on-one time with residents where Joann feels she’s most called to serve.

“I'm very comfortable in that setting. It's not always easy to recognize people are hurting, but a smile and a pat on the back and just a listening ear make all the difference.”

Jackie and the other Ambassador staff members are grateful for the time Joann donates to the center.

You just have to be caring and compassionate and just want to help somebody.” – Jackie Dale, Good Samaritan Society – Ambassador recreation director/volunteer coordinator, on what it takes to be a volunteer

They say it takes an entire team of volunteers like Joann, so they’re always looking for people willing to serve.

Often, people want to volunteer but don’t think they have the skills to do it.

“It gives you the greatest reward,” Joann says of volunteering. “So go for it, jump in and take a chance. Give it a try, see if you like it. It can make a difference.”

Are you ready to share your love and compassion with our residents?