Nurse remembers Society founder's calling and her own 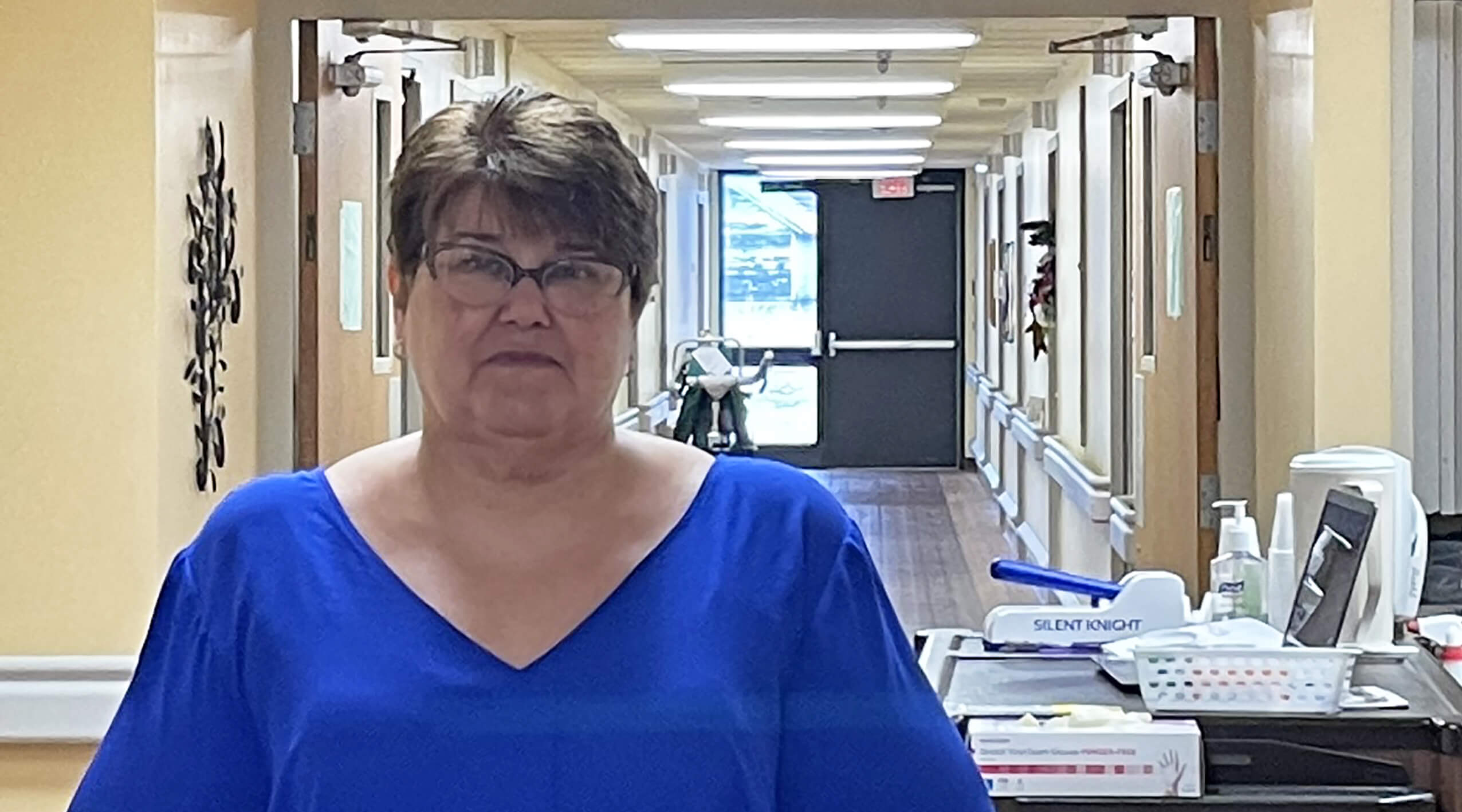 Everyone has a story, and Judy Parvin has met a lot of people. She’s an interim director of nursing at the Good Samaritan Society and travels across the country to different locations as part of her job.

In winter 2017, she met a woman with what may sound like a unique story, but it sounded all too familiar to Judy.

The woman’s husband was a resident at Good Samaritan Society – Grand Island Village in Nebraska. He needed a treatment that required a staff member to supervise for a while. Judy was on duty and sat with him.

“His wife was visiting, and we got to talking,” Judy remembers. “She started talking about her relationship to Dad Hoeger’s wife.”

It turns out that the Rev. August “Dad” Hoeger’s wife, Amelia Aden, was her aunt. She knew the couple when he was just starting out in his ministry – before he founded the Good Samaritan Society.

In the early 1900s, Dad Hoeger moved his family to North Dakota, which is where the Society would find its beginning.

“She remembered how mad her grandfather was,” Judy says. “They were going to do what God called them to do but had few sponsors. It was kind of like ‘how dare Dad Hoeger take his daughter so far away with no support.’”

Since its founding, the Society has grown and changed. Years after his initial reaction, Dad Hoeger’s father-in-law felt differently.

“They had a celebration for the Society years later, and she remembered her grandpa getting up and talking about how God had blessed their lives and provided for them,” Judy says. “He also talked about how proud he was of them.”

‘Proof that God does take care of us’

The story stirred up some strong emotions for Judy.

“I felt kindred toward Dad Hoeger and his wife. My husband is a pastor, and we had just done a similar thing several years before.”

Judy and her family left Oklahoma to move to South Dakota and reopen a church. They knew no one in the state and were just following God’s calling.

In the 14 years she spent in South Dakota, there were times when they didn’t know how they’d afford to pay a bill. But something would always happen to pull them through. Once, her husband went to check the mail and found an unaddressed card with $50 in it. That blessing came right when the family needed it.

“Dad Hoeger’s story and my own are proof that God does take care of us,” Judy says.

Judy has been with the Society since March 2014 and started traveling for the organization in late 2015.

Hearing the story strengthened her belief that this is where she’s supposed to be.

“I’m doing what I should be doing. I’ve felt that nursing was my calling all my life. From high school to today, I’ve spent 42 years in nursing and nursing homes,” she says.

What called her to the Good Samaritan Society is ultimately what means the most to her in her work.

“I love working for a company with Christian values. I love having the freedom to pray and share my faith with people. It’s such a blessing to me as a nurse,” Judy says.

Thinking about that story told to her at a resident’s bedside, Judy can summarize its meaning to her in a sentence.

“It reinforced to me the importance of doing what God calls you to do and doing it to the best of your ability,” she says.