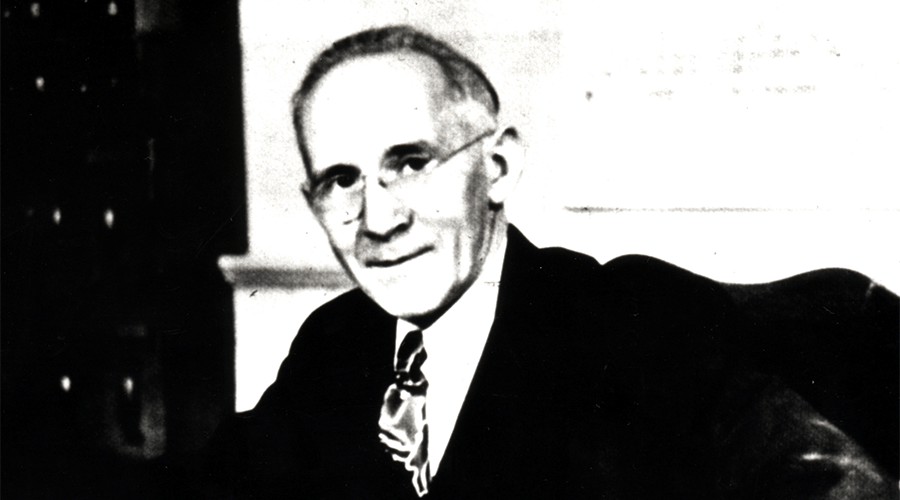 Deeply invested in a life of faith, the Rev. August “Dad” Hoeger, a Lutheran pastor, had a heart for people and their physical and spiritual well-being.

He began the Good Samaritan Society with a dream to provide homes where people could feel loved, cared for and fulfilled. 100 years later, the Society strives to continue that mission.

“I, of course, like to think that the whole Good Samaritan Society started in the heart of God,” August “Dad” Hoeger, from the book “Ever Forward.”

August was born at Wartburg Theological Seminary on July 12, 1885, where his father and mother served as houseparents. He’d eventually attend and graduate from that same seminary in 1908. His classmates could tell he was a driven person and voted him most likely to succeed. 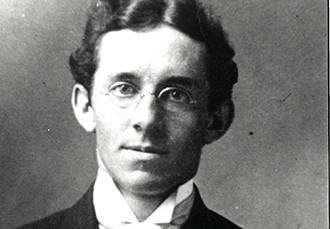 “There was something about the way he lived his faith. His enthusiasm impacted his fellow seminary students. They had a sense he’d make some significant difference in his career,” says the Rev. Dr. Greg Wilcox, August’s grandson and retired vice president of mission integration and senior pastor for the Good Samaritan Society.

In a move that displayed his trust in God, August asked to be sent where no one else wanted to go. This meant being called to the unpopulated prairie of North Dakota where he served at a parish in the town of Arena. He married Amelia Aden in 1909 and they started their family; eventually having eight children – six girls and two boys.

The family had morning and evening devotions. August was a great storyteller and would tell Bible stories in an engaging way that captured his kids’ imaginations.

After a decade in Arena, the Hoeger family moved to Arthur, North Dakota, where August served as pastor. It was in Arthur where the Society would find its beginning.

August heard about a young boy named Christian who had polio. The boy’s pastor had asked each person in their community to donate two pennies to send Christian to Missouri for treatment. A large amount of money was raised to help him. When he returned home, there was $2,000 left over.

Unsure of what to do with the excess money, Christian’s pastor asked for advice from fellow pastors. That’s when August began imagining how this money could be used to help children with disabilities.

“He was a man of action, so in some ways that led to the beginning of Good Sam,” Greg says. “When he saw a need, it wasn’t enough for him to just pray. He acted on the needs he saw around him.”

The group of pastors spent months in prayerful deliberation before deciding to open a home. The constitution was written on Sept. 29, 1922, and the first residents moved into the six-room home in March 1923.August hired a small group of faithful women from his Arthur congregation to care for the children, with Augusta Priewe taking the lead. He soon learned that older adults and adults with disabilities were also looking for a place to live, so the mission expanded.

Dad forged ahead, leading the Society with the energy and vision that characterized his life.

“Even after he began Good Sam, he was looking for unmet needs and that led him to different communities where there wasn’t a nursing home,” says Greg. “He was looking for a variety of ways to support people.”

Dad believed that the Society should have a farm in each state to provide employment opportunities for people with special needs. By the 1950s, the Society had thriving farms in Arthur, North Dakota; New Rockford, Iowa; and Parkston, South Dakota.

“He was very innovative in the way he imagined life in each Good Samaritan location,” says Greg.

It was essential to Dad that the Society be faith based and that the message of the good news of God’s love in Jesus be shared with residents and staff. 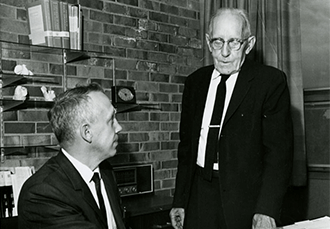 “The devotional life of each community was of primary importance,” says Greg. “Administrators were called to be spiritual leaders.”

When Dad hired an administrator, he gave them the keys to the location and prayed with them. He trusted them. There was no orientation program. As long as he heard no negative reports, administrators were free to run their location.

Dad didn’t have any consultants to help advise the locations. It was just him and the notes he kept in the vest pocket of his suit. But he was undeniably humble. He knew he had faults.

“He’d often talk about the sinfulness and pride that are inherent in being human and he’d paint a picture of that and how we need Jesus,” says Greg.

Dad served as president of the Society until the age of 78, when his son, Augie, took the role. But even after he retired, the Society remained a large part of Dad’s life. He stayed in Arthur where he could still oversee the farm, provide spiritual care and preach every Sunday for the more than 100 residents in the nursing home.

In 1968, August and Amelia moved to Hastings Village in Nebraska, where he was actively involved in projects there. He also continued to travel and speak throughout the Society.

His legacy is that of a faithful man who asked God for guidance every day, and it lives on through the compassionate caregivers across the Society who lovingly care for residents and clients.

“He’d be glad that Good Samaritan still cares for people in need,” Greg imagines. “And for the ways people catch a glimpse of Jesus in the care that is given. There’d be some satisfaction and joy that the organization has lasted this long.”