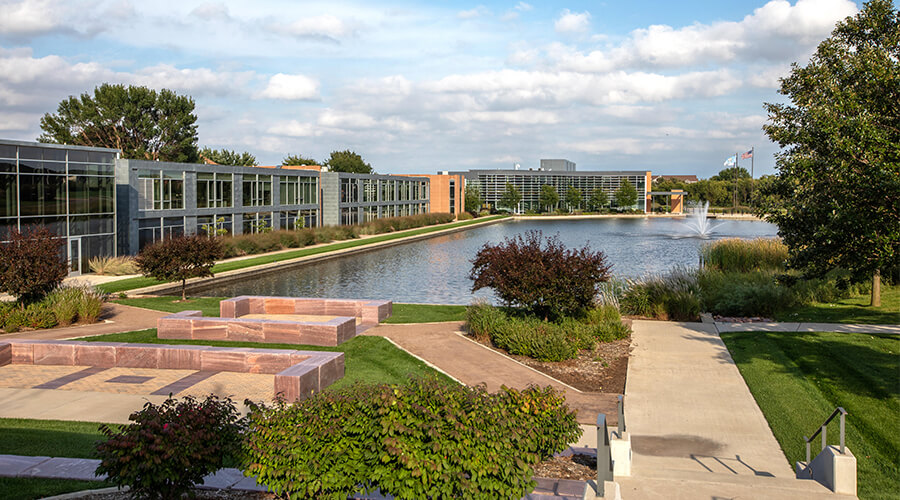 More than 400 Good Samaritan Society leaders came together for the 99th annual operations conference this summer. The conference wrapped up at the end of June and was held virtually for a second year in a row.

“It really is an opportunity for us to come together and create alignment with all of our leaders on a vision and our path forward,” Nate Schema, Society Vice President of Operations, says.

The hope is to return to an in-person event for the 100th annual conference in 2022. Nate says after dealing with COVID-19 this past year, he’s applauding Society staff members for their resilience. The Society operates more than 200 locations in 24 states.

Moving forward, he wants to encourage staff to pay attention to their health and well-being and reach out for support if they need it.

In remembrance of the 700 residents and six staff members who have died from COVID-19 during the pandemic, the Society is laying special bricks in a memorial garden at the national campus in Sioux Falls, South Dakota.

“This year, being so different and unlike any other, we really wanted to do something special. We placed six bricks and one for all of our residents who have passed. Just honoring them and all we’ve been through,” Nate says.

Instilling trust with residents, clients and future customers and assuring them it’s safe to seek care at the Society is the task ahead.

“We’re much more prepared. We understand the safety protocols that need to be put in place and things we can do to ensure that things never get to a place where they once were,” Nate says.

The Society’s integration with Sanford Health can also lead to even better care in the future.

“We’re doing some cool things, whether it’s the dialysis den over here in Sioux Falls, whether it’s our new hospice model up in Bismarck,” Nate says as he focuses on two questions looking ahead. “How do we really operate as an integrated health system? How does that come to life in 2022 and beyond?”

During this year’s conference, three new members were elected to the Society’s Board of Directors. The new members include Rev. Linda Norman, Helen Melland and Traci Woolfolk. Scott Petersen has been named chair of the board. Read more about the board.

Another highlight of the conference was honoring five employees and one volunteer as National Ever Forward Champions.

As the Society approaches 100 years of service, Nate says it’s important to reflect on how it got this far.

“We’re only stewards of this great mission and this organization for a short period of time,” Nate says.

“When you really start reflecting on this organization and all the different eras and the people that have served, you can’t help but to be a little in awe.”

Awe of the responsibility to share God’s love through the work of health, healing and comfort.

“We’re approaching 100 years and we’re redefining that legacy now through our integration with Sanford Health. I can’t help but to be pretty darn optimistic and excited about what the next 100 years look like,” Nate says.