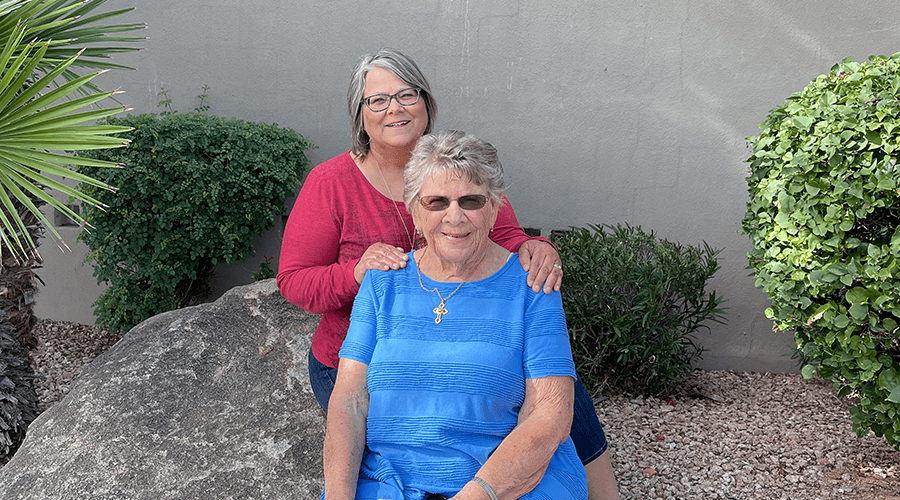 It’s not uncommon to find multiple family members serving at the same Society location. In fact, one family served for more than five decades at Good Samaritan Society – Olathe in Olathe, Kansas.

It began with Dorothy Dalbey, RN, who worked at the location from the late 1960s to the early 1970s as a charge nurse.

Dorothy’s daughter, Barbara Walker, RN, began working at Olathe in mid-1973, spending most of her years as the director of nursing. She retired in 1998.

Barbara’s daughter Cindy Hahn, worked part-time in the activities department assisting residents with crafts and baking during the summer of 1974. She began working full time in May 1977 as the director of health information management, a position she held until her retirement in December 2021.

Each woman had a passion to serve people in need and found their calling with the Society.

Barbara and Cindy’s service overlapped for many years and they’re thankful they had the opportunity to work together.

“A lot of staff didn’t know we were mother and daughter,” says Cindy.

As the women and their families grew and changed, so did the Olathe center . It moved to its current location from downtown. At first, there were no computers.

“When I started, there were handwritten medication administration records and doctor’s orders,” Cindy says. “Then around 1980, we got our first computer.”

At that time, Cindy was tasked with entering all of the data for 162 residents. Then, in 2012 the location switched to an electronic medical record system.

But throughout all the changes, one thing stayed the same – the Christ-centered mission of the organization.

Cindy says the Society made a difference in her life and the lives of her mother and grandmother because it’s faith based.

“It helped keep the center a positive, good place to work,” says Cindy.