Volunteer is ‘force of nature’ in helping homeless [video] 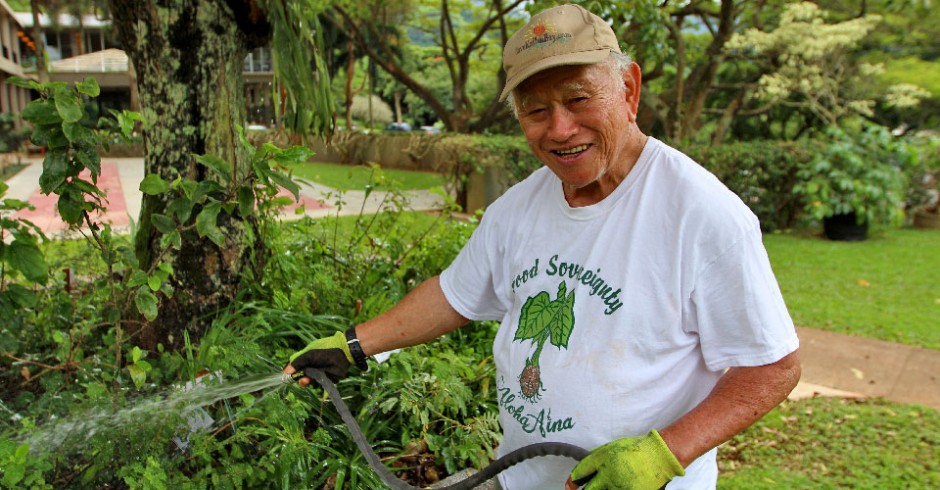 Watch the video above to learn how Charles "Doc" Burrows helps his neighbors and friends in his Hawaiian community.

Charles “Doc” Burrows retired a long time ago, but at 85, he keeps finding more work for himself. His latest project brings organizations in Kailua, Hawaii, together to help care for the growing population of homeless in the area.

Once a month, congregations along Kailua Road, together with neighboring Windward YMCA, come together to give food and services to the needy.

“There is a large number of the homeless in Kailua who are Hawaiian, who grew up and lived there,” Charles says. “It's important for them to reestablish their cultural relationships to the aina," which is Hawaiian for “love of the land.”

Windward YMCA Director Leigh Ann Landreth gives Doc, a resident at nearby Good Samaritan Society – Pohai Nani, a lot of the credit for bringing the groups together. "Doc Burrows is the force of nature who helped organize this event," Leigh Ann says. "He just reached out from the standpoint of the houseless population. What can we do to help and support those people?”

The Kailua Houseless Service Care Event serves about 25–30 homeless people each month. Warm showers, clothing, toiletries, and legal and employment services are just a few of the things provided to those in need. “We've got a little something for everyone to assist them wherever they are on their journey,” Leigh Ann says.

What they appreciate the most is just that feeling of aloha — that warm and genuine caring from one human being to another.” – Leigh Ann Landreth, Windward YMCA director

Before retiring, Doc was a science teacher who taught the importance of preserving Hawaiian habitat and culture. Now, Doc has found a willing new group of students. He’s teaching those in need to help themselves. “I started a community garden project where the homeless come and grow their own fruits and vegetables,” Doc says.

The garden is located at nearby Ulupo Heiau, an ancient Hawaiian temple site. The garden not only helps feed the homeless who tend its taro and breadfruit, but it also plays a small part in restoring native wetlands and helps create a habitat for birds, two more of Doc’s projects.

Doc’s lessons aren’t just being taught in Kailua. He’s created a “green team” among his fellow residents at Pohai Nani. The team looks at ways the center can recycle, become more energy efficient, and replant alien or invasive trees with native vegetation and fruits. “The objective is growing the vegetables that the residents would like to grow and eat,” Doc says.

Leigh Ann says that because Doc has lived on Oahu and served the community for generations, he has a unique understanding of what the community needs and how to bring people together to serve those needs.

“He's a doer. He's someone that not only will bring an issue to the table, but he will be a part of the solution. That’s what makes him very special.”

Want to volunteer to help your community thrive?