‘The hardest and best decision I ever had to make’ [video] 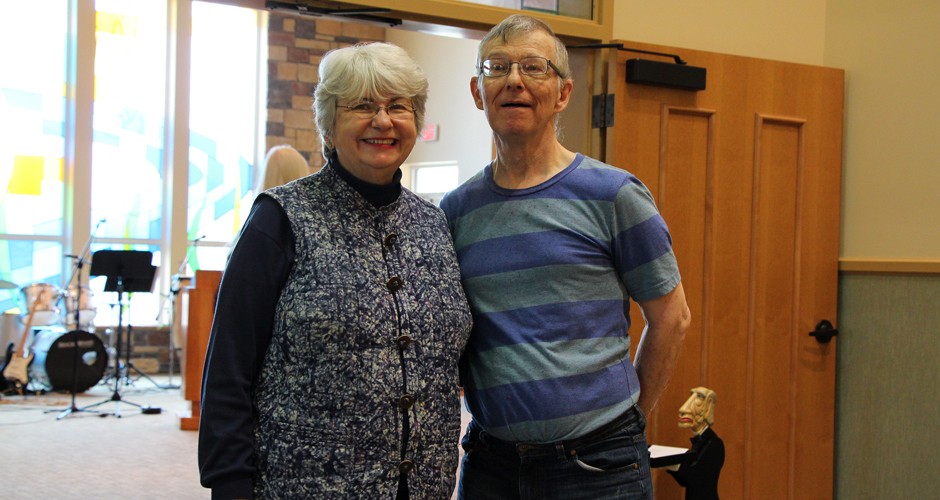 It started out with some minor adjustments to their daily lives.

But when helping her husband, Fred, deal with a progressive disease turned into an around-the-clock obligation, Jennette Wasmund knew she needed to get help — for both of them.

Fred has Huntington’s disease, a genetic condition that slowly robs the memory, cripples the body and usually involves full-time care in later stages. His mother, sister and one of his sons all have Huntington’s.

Huntington’s disease (HD) is a fatal genetic disorder that causes the progressive breakdown of nerve cells in the brain.

It affects a person’s physical and mental conditions and has no cure. HD is known as a family disease because every child of a parent with HD has a 50/50 chance of carrying the faulty gene.

There are about 30,000 Americans with symptoms and more than 200,000 who could inherit the disease.

Early stage HD usually includes subtle changes in coordination, involuntary movements, depression, irritability and difficulty thinking through problems. The effects of the disease may make the person less able to work at their customary level and less functional in their regular activities at home.

In the middle stage, movement might become more of a problem. Occupational and physical therapists may help maintain control of movements and deal with changes in thinking and reasoning. A speech pathologist can help with diminished and difficult speech.

In the late stages, the person is totally dependent on others for care. Choking becomes a concern. At this stage, a person with HD might not be able to walk or speak.

During all stages of HD, weight loss can correspond with worsening symptoms.

Jennette suspected something was wrong with Fred when her children were young, but nothing serious stood out. Even when the diagnosis came, they tried to carry on with life as usual, continuing to work and take vacations.

“We didn’t let this disease define him," Jennette says. "We didn’t want him to feel that this was who he was."

Click here to read other stories from family caregivers.

When his symptoms became much worse there was more pressure on Jennette to help him. But, she could still leave for several hours at a time and he would watch TV and feed himself.

Eventually, Fred began to fail physically and his weight dropped to 118 pounds.

Jennette couldn’t leave him alone anymore. It limited her time with friends and family.

“It was then that I thought I had to move forward on this because I couldn’t leave him alone," says Jennette of finally deciding to look for help.

Fred said he was willing to move, but had a typical misunderstanding.

“The misconception was that I was going along,” Jennette says. “That was a little bit hard."

Watch the video below to hear Jennette talk about her struggle with deciding to look for a new place for Fred to live.


She agreed to come along and make sure he was comfortable at Good Samaritan Society – Specialty Care Community, which has an entire unit dedicated to Huntington’s disease care.

He has flourished here. It was probably the hardest and best decision I ever had to make."
– Jennette Wasmund, on moving her husband to a Good Samaritan Society care center

While she struggled with the decision at first, Jennette now has no doubt the Good Samaritan Society was the right place for Fred.

“He has gained 25 pounds," she says. Having specialized caregivers, nutritionists and around-the-clock support is a huge relief to Jennette's peace of mind.

She believes being involved in an active environment has also made a difference for Fred.

How music therapy benefits the couple

"He has learned how to play the African drum, which is so dear to his heart. If he can’t sleep at night, he will get up and pound on that drum to relax him,” she says.

Watch the video below to hear how drumming has become a beloved activity for Fred.


Seeing how happy Fred is helps ease any guilt she may have once felt.

“He has flourished here," Jennette says. "It was probably the hardest and best decision I ever had to make."

Caring for a loved one can be stressful.

But you're not alone.

We have resources and care options to help you.