Caring for grandparents leads to calling 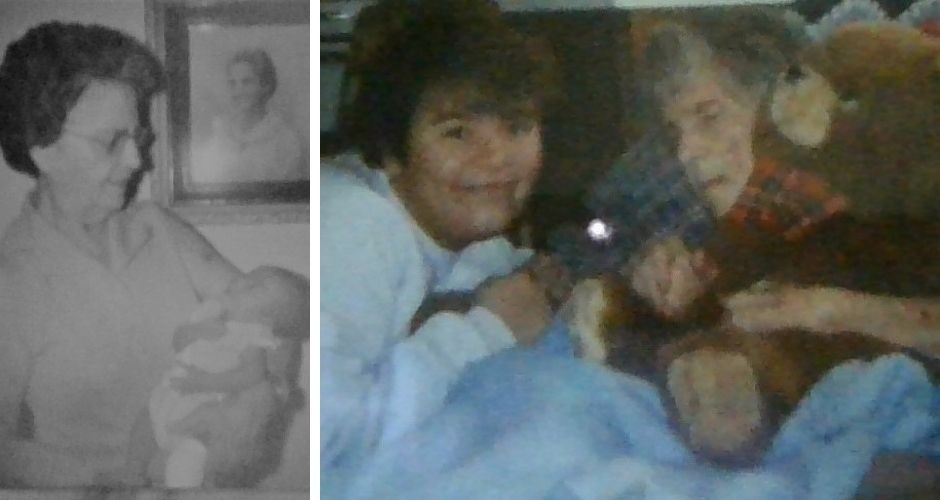 Andrea Keck’s teenage sleepovers looked a little different than most.

“A friend and I would stay with my grandmother and care for her,” says Andrea. “We thought it was the best thing because it was just like having a slumber party.”

Growing up, Keck’s grandmother was diagnosed with Alzheimer's disease, a type of dementia that causes memory loss, confusion and can affect other cognitive abilities.

With her grandmother living just across the street in Crossville, Tenn., Andrea was a frequent visitor. Then, as she got older, she was able to lend a helping hand, assisting her grandmother with tasks from getting dressed to eating.

It was a responsibility that Andrea felt privileged to be a part of.

“That experience has always been special to me,” she says. “I thought it was cool that I was responsible for making sure she was clean, feed and loved.”

Caring for others is something Andrea has always felt called to do. It’s a calling that even as a teenager, required patience, compassion and a desire to understand the challenges that come with different health needs.

When Andrea began to think about a future career, she realized that by becoming a nurse, she could care for others just like she had for her own grandparents.

“Originally I wanted to be a teacher, but I really believe my desire was to provide care that I knew so many people didn’t get and I could provide, whether it was at the nursing home or at the hospital as a nurse,” she explained.

After earning her nursing degree, Andrea first worked on a variety of hospital floors, from surgery and cardiology to oncology, and then as a home health hospice nurse.

When Good Samaritan Society – Fairfield Glade opened, she decided to apply as a floor nurse and pursue an area of nursing she had always wanted to return to – caring for the elderly.

“I realized that getting my feet wet as a nurse in the hospital prepared me well for a nursing facility because there are so many different health conditions you have to take care of,” she says.

Today, Andrea is the nursing manager at the senior living community, an opportunity she credits to her diverse nursing experiences and to others who saw in her the ability to lead a nursing team.

“I had to step outside of my comfort zone because I wasn’t sure that I could do a manager role, but I wanted to try,” she says. “The Good Samaritan Society challenged me to teach other nurses and help them get the information they need to be successful, and I’ve really enjoyed it.”

Since starting her position, Andrea’s focus has shifted from spending her time on the floor as the go-to person, to educating and empowering her team, knowing that when they have the information and training they need to excel in their nursing abilities, they also excel in the care they provide to residents.

“I want my staff to succeed, our care to succeed and for our residents to receive the care that I would want my own parents and grandparents to have,” she says.

When the COVID-19 pandemic began impacting the center earlier this year, Andrea describes it as a total 360-degree shift in the nursing world. What became a challenge – in addition to new safety procedures and personal protective equipment – was keeping residents connected with their families.

“When their real families weren’t around, we had to become part of their family,” says Andrea.

Since joining the nursing profession 16 years ago, Andrea says it’s been a fulfilling career helping others in need.

“And seeing my staff blossom in their roles as new nurses and certified nursing assistants as just been an awesome experience,” she says.

The World Health Organization has designated 2020 as the International Year of the Nurse and Midwife. This designation honors the 200th anniversary of the birth of Florence Nightingale, the founder of nursing, and recognizes the vital role of nurses around the world. At Sanford Health and the Good Samaritan Society, we celebrate our nurses’ unique calling and their passion and commitment to patient and resident care.