Gratitude runs in the family 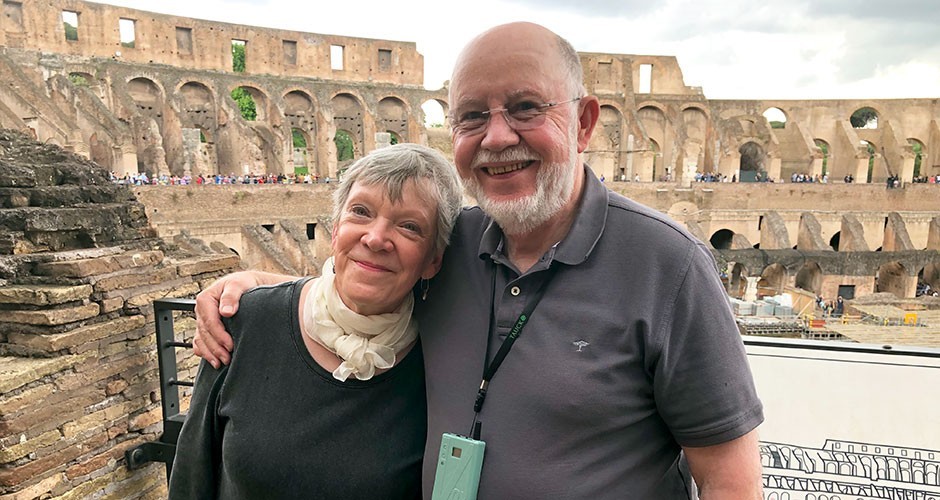 Lennis Carpentier and his wife, Linda Arlien, know a thing or two about gratitude.

“There were many times that people helped me out, especially in my younger years,” says Lennis of Minneapolis, Minnesota. “It feels great to be in a position to help make good things happen for people now.”

Lennis and Linda are among the generous donors who are making a difference at Good Samaritan – Forest City in Forest City, Iowa.

“People like Lennis and Linda have had a wonderful impact on our residents. Donor support is critical,” says Michelle Giesen, director of resource development in Forest City. According to Michelle, the location has added a bus to transport residents, a new memory-friendly security system, an ice cream machine and new flooring thanks to donations from donors and the community of Forest City.

’Great staff.' That is what we write on the memo line of each check we send because that pretty much says it all.” – Lennis Carpentier, Minneapolis, Minnesota, donor to Good Samaritan – Forest City in Iowa.

He would know. Lennis’ 99-year-old mother, Viva Carpentier, came to Good Samaritan – Forest City after a stroke eight years ago.

“Because of the staff, we never worry about her,” Lennis says. “She receives wonderful care and lots of love. They don’t seem to worry about job descriptions. They all help out where and when needed. The staff makes it all work.”

Although her children live in other communities, Viva wants to stay where she has deep roots and treasured friends. She knows many of the caregivers. She even babysat a few of them. When visitors come to see family members, Viva usually knows them too: friends and neighbors from a lifetime spent in the same community.

“My mother is the eternal optimist,” says Lennis. “She is thankful for all the good things in her life and thankful for the bad things that are not in her life. She is quick to say thank you.”

It’s a trait she passed on to her children.

Our locations depend on the support of generous donors

Whether for staff scholarships, special initiatives or the benevolence fund that helps residents in need, every gift helps.