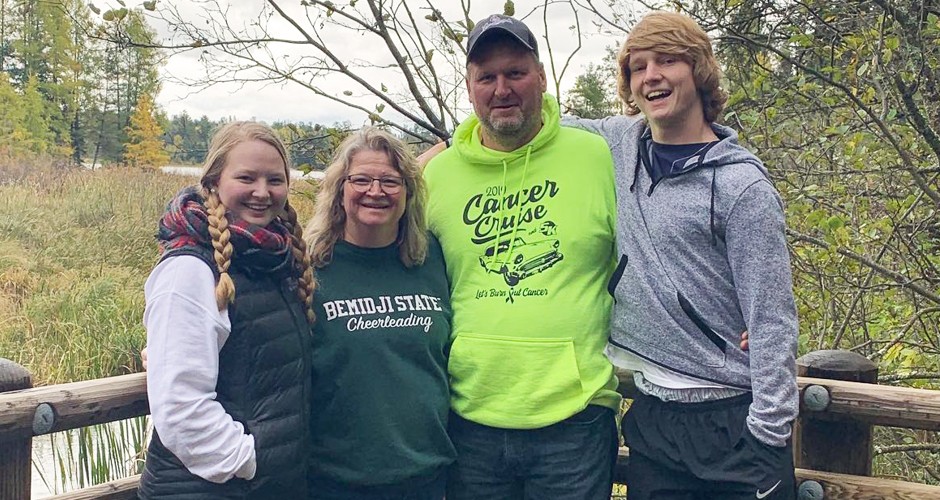 Anita Quast has the type of job that many people hope for – one that’s enjoyable and fulfilling.

On her five-minute commute to work as the activity director at Good Samaritan Society – Arlington in Arlington, Minnesota, she says she looks forward to whatever the day will bring.

“It doesn’t seem like I’m going to work,” Anita says. “I like working with seniors and being an advocate for them.”

During the COVID-19 pandemic, Anita spends a lot of one-on-one time with residents doing activities.

The center has an iPad, which Anita uses to help residents do virtual visits and watch church services. She also does bingo, trivia and other activities with them.

Helping where she can

Anita is not only the activity director at Arlington, but she’s also a cook in the dietary department. Administrator Tiffany Brockhoff says Anita played a huge role in saving the kitchen when there were seven open positions needing to be filled.

Anita cooks on Wednesdays and every other weekend. When she’s in the kitchen, other staff members help with the activities she has planned.

“Anita stepped up to help wherever was needed and, during the COVID-19 pandemic, recruited her children to work alongside her,” says Tiffany.

Anita stepped up to help wherever was needed and, during the COVID-19 pandemic, recruited her children to work alongside her." – Tiffany Brockhoff, Administrator

Anita’s daughter, Emily, is a college student and helps out during breaks and in the summer. She works in the dietary, housekeeping and laundry departments and says she likes getting to know the residents and helping in any way she can.

Anita’s son, Benjamin, is a high school student and also helps in the dietary department and with lawn care. Both children have helped their mom with activities as well.

Anita’s role as an activity director is a second career for her. She taught preschool for more than 24 years after earning a degree in elementary education at Concordia College in St. Paul, Minnesota.

She worked briefly at the Arlington center in 2010 and then came back in 2015 when she tired of commuting to the Twin Cities. Her role in housekeeping and laundry allowed her to spend more time with her children and help take care of her father.

After a few years, she was asked to be the activity director at the center.

“She helped me with everything, giving me the tips and tricks,” says Anita. “She’s a great support system.”

The pandemic added a new element to Anita’s role. She visited each resident to find out what activities were important to them and then made a plan to keep everyone engaged.

She’s thankful she can be there for residents during a time when outside visitors aren’t able to come inside the building.

“I’m that familiar face. I think that’s really important,” she says. “I’m that person who is comforting to talk to when I visit with them. We have a connection.”

We have a great team at the Good Samaritan Society