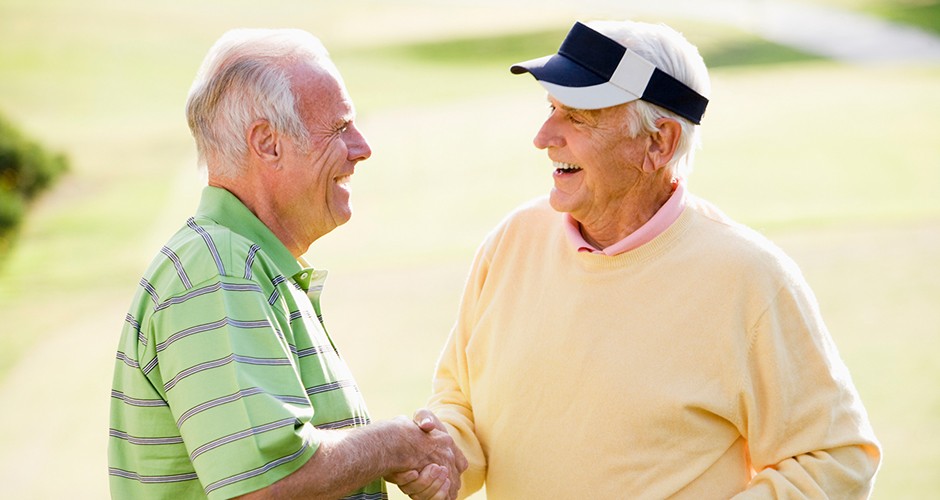 On any given day, you won’t find Jim Meers, 71, at home. That’s because he’s involved in a wide range of activities on the campus of Good Samaritan Society – Hastings Village in Hastings, Nebraska.

These endeavors are helping Jim, and many other residents, make meaningful connections.

“You can count on him,” says Courtney Peeler, sales and marketing director. “He’s a great ambassador for the Village.”

Name the activity, event or service opportunity, and Jim has probably taken part in it — often for the sole purpose of bringing people together.

I’m pretty busy. If I didn’t do what I do, I’d have to go to Dunkin' Donuts and sit around.” – Jim Meers, Hastings Village resident

Jim is a man on the go, filling his time with people and activities that provide a sense of purpose for himself and his neighbors.

A resident since 2015, Jim started a Wii bowling league last year. Attendance dropped off after a while, but then people asked him to get it going again.

And it’s proving to be a hit with residents.

In addition to the Wii bowling group, Jim started dart and golf groups and participates in shuffleboard. The golfers head out twice a week to the campus golf course.

This year, Jim volunteered to mow the fairways. He also occasionally mows other areas of campus when help is needed.

A Vietnam veteran, Jim likes to get to know the other veterans at Hastings Village. He’s taken part in the Quilts of Valor ceremonies, where he helps present locally-made quilts to veterans.

Jim is president of the resident advisory council and has met new friends by serving in that role.

He and his wife, Shirley, also like to play cards with other couples. They do that on Thursday and Sunday afternoons.

“I got the card games souped up a bit,” says Jim.

As a way for the Hastings Village men to stay connected, Jim started a gentlemen’s coffee club and has speakers come in to talk to the group.

Shirley started a tea party for the women and jokes with Jim that the ladies might come over and crash the men’s party.

When potential residents come to tour Hastings Village, Jim and Shirley help with the open houses.

And when new people move in, Jim helps show them around and lets them know about the new resident coffee gathering that happens every other month.

Are you looking for a place to live where you can make
meaningful connections?