How do you celebrate your birthday? 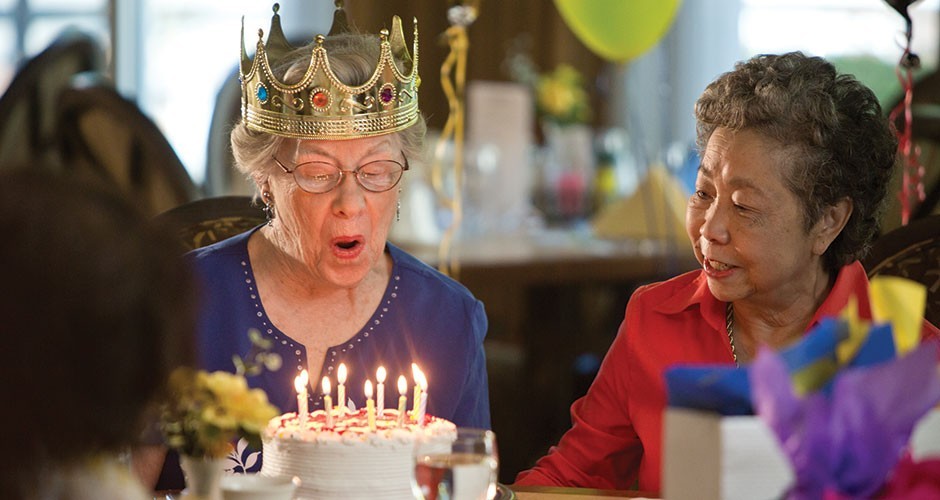 Some people celebrate in an amazing way.

Take Janet Bergeron for example. She celebrated her birthday by raising over $1700 to bring joy to others … and to honor the memory of her mother.

Janet’s mother, Joan, was a resident at Good Samaritan – Waconia until her passing four years ago. Joan was a very special person and meant the world to Janet. “I wouldn’t be the woman, doctor, friend and mother I am today without her” said Janet, “Mom really loved the simple things in life, from ice cream to music to any other kind of fun.”

Four years ago, memorial funds were contributed to Good Samaritan – Waconia to fund musical performances that bring an extra measure of joy to residents. Joan had enjoyed these special events so much and Janet knew that other residents did too.

I want to do what I can to make sure the music performances continue, so it was an easy decision to celebrate my birthday in this way. I made my gift and asked others to honor my birthday by making a gift. What could be better than bringing joy to others while continuing to honor my mother’s memory?” — Janet Bergeron, daughter of former resident

And then there is Jeff Harvey.

Jeff knows how much residents at Good Samaritan – Grand Island enjoy their soft serve ice cream. But lately their machine has given them nothing but trouble. It is clearly on its last leg.

We can help you!

Jeff decided to see what he could do to be sure residents could get a new ice cream machine. He made a personal gift and, like Janet, asked family and friends to honor his birthday by making a gift to something that would bring joy to so many. He described it as a “win-win."

How can you — like Janet and Jeff — support a meaningful cause for the Good Samaritan?