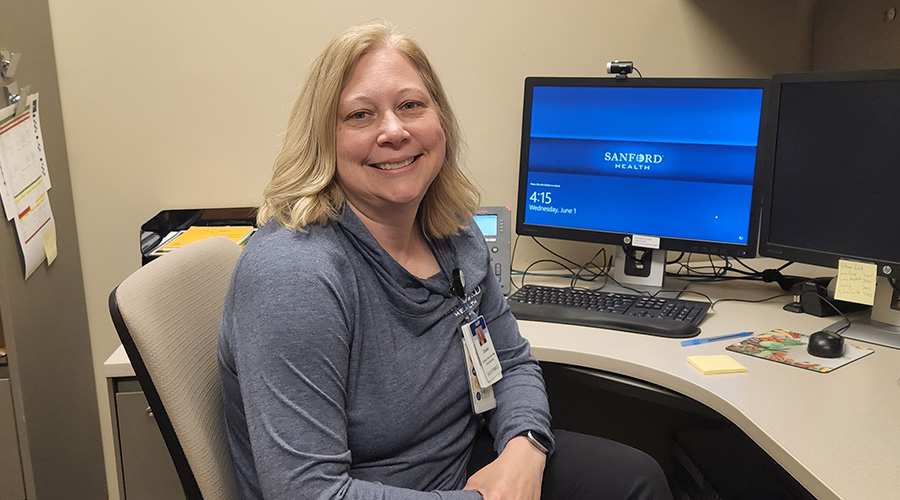 Two weeks into her new job with the Good Samaritan Society, Diana Orn’s husband was unexpectedly deployed to Iraq with his National Guard unit.

It was 2003 and she had just begun as the director of nutrition services at Good Samaritan Society – Pelican Rapids in Minnesota.

Her husband had to leave within three days, so Diana didn’t have much time to say goodbye. Besides that, his unit was deploying from Colorado.

“My administrator was very understanding and allowed me to take time off,” says Diana. “The team was there for me the 14 months my husband was gone. They were a great support system.”

She says that getting the job with the Society at that time was a godsend. The care and concern from her co-workers helped her get through the many months her husband was away.

When he returned, Pelican Rapids administrator Jim Sewick invited him to have a meal with the entire team so they could meet him and thank him for his military service.

That family feeling continued throughout Diana’s seven years with the Society. What she liked best was building relationships with residents, getting to know them and learning about their lives.

The closeness she had with her co-workers is a feeling she’s never forgotten.

“My co-workers cared about me and my life,” Diana states.

And she had equal concern for them, becoming a confidant to a co-worker who experienced infertility issues similar to hers.

“When I did have my first child, they threw me a big baby shower,” she says.

As her time with the Society went on, the Pelican Rapids location eventually closed. She was able to do some consulting work for the Barnesville, Minnesota, location and then the Fargo and Arthur, North Dakota, locations, but she needed more hours.

After leaving the Society, Diana worked for a few other long-term care organizations and then switched to a local college, but the work wasn’t fulfilling.

When Sanford Fargo Medical Center had an opening, she applied and was hired as the manager of nutrition and food services covering patient room service at the new hospital.

The impact the Society and its culture made on Diana is evident in her work today. Its motto, “In Christ’s Love, Everyone Is Someone” guides her as she leads her team.

“It’s helped me a lot as I try to get to know them,” Diana mentions. “When I have a challenging day or situation, I often pull strength from the skills I learned from that team and the meaning of the motto.”

When Sanford Health and the Good Samaritan Society first announced their merger, Diana was pleasantly surprised.

“The Good Samaritan Society has always had a special place in my heart and has been my ‘gold standard’ when comparing all the other places I have been employed.

Diana has noticed many positives because of the merger and is glad to be connected with the Society again.