Society mission trip inspires employee to give back 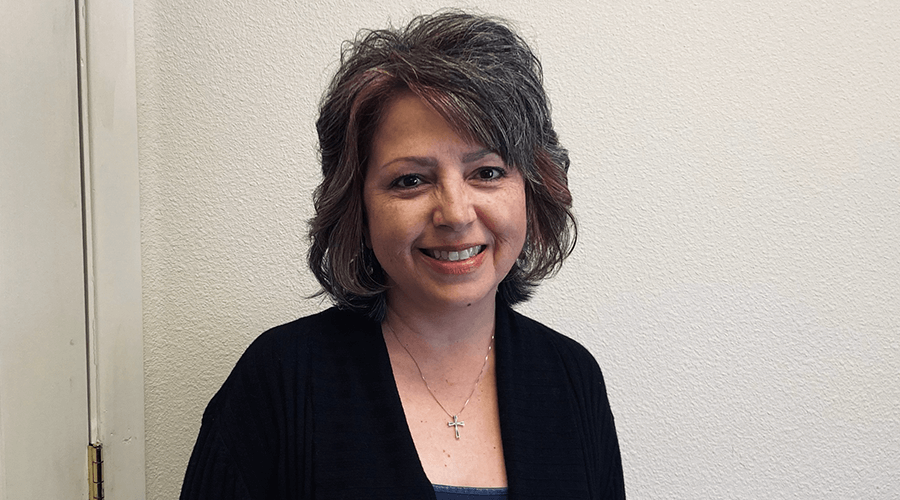 Going on a mission trip to Colombia in 2015 made Paula Sedillo realize the vast needs in the world.

“I came home and wanted to save the world, so I went on a second Society mission trip,” says Paula, the business office coordinator at Good Samaritan Society – Willow Wind in Prescott, Arizona.

When she returned home from the second trip to Colombia, Paula began to recognize the needs in her community. She met with a local organization, CCJ – the Coalition for Compassion and Justice that served at the Prescott Methodist Church and gave backpacks and supplies to school-age children. During the discussion, she learned there were also many preschoolers in need.

So she decided to buy 150 pairs of shoes for children who would be served at the back-to-school distribution at the church. The next year, she doubled the amount.

Paula then applied for a grant from the Good Samaritan Society to expand the reach of the shoe project. With the money she received, she was able to continue providing shoes.

“That was my catapult that got things started,” says Paula. “I found there’s a lot of kids that need shoes and I need to get organized. It just kind of snowballed.”

She named her shoe project “Tennies for Tots.”

“I wouldn’t have done what I’m doing right now if it hadn’t been for Good Sam sending us on mission trips,” Paula states.

Amazing people at the Society

Paula began working for the Good Samaritan Society in 2007, first as a valet (pre-CNA class), then as a CNA. She worked as a CNA for six years until a hand injury meant she could no longer care for residents in that capacity.

A position opened in the office and she became a receptionist, later moving to office manager. She eventually transferred to the Willow Wind location to be the office manager after working in hospice care for two years.

Throughout her time with the Society, Paula has always loved serving residents and getting to know her co-workers.

“I see our residents and our co-workers as family and that’s what kept me here and kept me going,” says Paula. “You meet really amazing people working for Good Sam.”

“I’m doing what my grandfather and dad wanted me to do. Both of my parents volunteered a lot and encouraged us to help those in need,” she states.

Paula is grateful for the support and encouragement she’s received from the Society and for the difference it’s made in her life and the life of her family.

During her time working as a CNA, Paula found fulfillment in serving residents and serving alongside co-workers who were like family to her. She was a single mom at the time and was struggling to make ends meet for herself and her two teenage sons.

Her co-worker and friend, Lisa Brandt, wanted to help. She decided to loan her house to Paula so that Paula could save money and pay off bills. Lisa moved in with her parents and Paula and her sons moved into her house.

Years later, Paula continues to pay that kindness forward as she serves more and more children through Tennies for Tots.

Dedicated to helping others

In addition to her full-time job with the Society, she puts many hours into the non-profit organization and hopes to continue helping as many children as she can through the donations she receives. She serves 3,000 children in over 30 head start centers each year.

“I work eight hours and then hit the stores or pack shoes,” states Paula. “It’s constant.”

Until this year, she and her husband and one volunteer shopped all the shoe sales and got shoes ready for distribution. She’s thankful to have more volunteers now. One helps her with the Tennies for Tots website and one sends donation requests to businesses and organizations.

“None of this would probably have started if I hadn’t gone on that mission trip,” says Paula. “It sparked a little fire.”