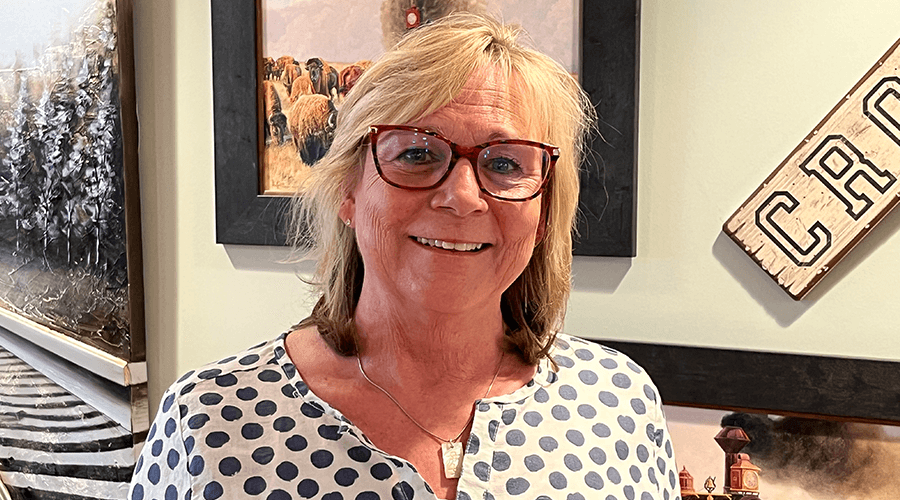 After more than a decade in her previous career, a friend of Holly Turner’s encouraged her to apply at the Good Samaritan Society in Loveland, Colorado.

“She said it would be the perfect place for me to be,” Holly says.

And her friend was right. More than 17 years later, Holly can’t imagine herself working anywhere else.

She serves as the senior living manager at Loveland Village.

“I love being able to make a difference in our residents’ lives every day,” states Holly. “I like helping them navigate their care needs and showing them someone is confident to help them along the way.”

Holly is also pleased that her family members have been able to experience the love and care that the Society has to offer.

“I’ve had family in all levels of care here on campus,” she says. “My family members tell me this place is magical.”

Her mother-in-law moved into assisted living at Loveland Village and enjoyed her time there before passing away a few years later. Holly says it was a positive experience for their family and they were able to see her mother-in-law often.

“I had a very hands-on experience with her living here as far as working with the staff and ensuring her needs were being met,” states Holly.

The family connection didn’t end there. Holly’s parents moved into a twin home on campus in 2015 and although they were reluctant to leave their home of 43 years, they soon discovered the benefits of senior living. And Holly likes the advantages of having them close by.

“Having my parents here and knowing that they were in a safe environment gave me and my siblings extra peace of mind,” recalls Holly. “They found friends and the care that they needed. My mother passed away a few years ago. Being able to check in on her before and after work was priceless.”

Holly also had an aunt move to Loveland Village around the same time as her parents.

“It was a perfect fit. She found so many things to do and made wonderful friendships along the way,” she says.

Her aunt transitioned to long-term care the last week of her life and Holly was thankful for the support of the chaplain and her aunt’s friends.

Last summer, another of Holly’s aunts and an uncle moved to assisted living at Loveland Village.

“My uncle passed away a few short months later, but he was so happy knowing that his wife was in good hands,” states Holly.

One of the benefits Holly has experienced as a Society employee is being able to work with a great team.

“I love the camaraderie that everyone has,” she says. “Our staff at Loveland Village are wonderful to work with. We have fun together. Any average day at work we can always laugh and smile.”

One event they enjoy preparing for and taking part in is the Summer Sounds event.

“We have 400 people come for music and barbecue,” Holly states. “Just seeing residents, staff and family come together is a great feeling.

A connection decades in the making

Holly’s connection to the Good Samaritan Society was there before she even knew it.

As a child, she and her family lived in Socorro, New Mexico, and would play in an open field in their neighborhood.

Many years later, she came back to visit the city and found out from friends that the field they played in was now a nursing home that provided great care.

Not until Holly interviewed to work for the Society did she find out that the Socorro nursing home was part of the organization.

She remembers realizing that the land is where she and her friends used to play “archaeology’” as children.

Holly’s connection to the Society continues as she faithfully serves residents.

“When people ask me about my job, I tell them I get to work with about 250 of my parents and their friends,” Holly says. “Looking at the mission of sharing God’s love in word in deed, I take that to heart and I know that’s my mission every day.”